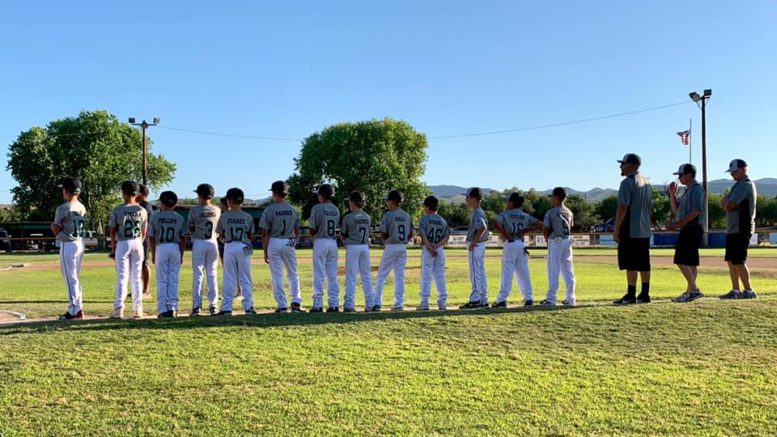 Andrew Trujillo had both hits in the game but MGLL was able to take advantage of some errors and walks by the Hayden defense. Deagan Faunce pitched 4 and 1/3 innings and allowed just 1 unearned run. According to Head Coach Justin Echols Faunce was “lights out” on the hill and the defense was “stellar”.

MGLL will have a rematch with Hayden again tonight in the title game. Hayden defeated Pinal Mountain 16-15 in the play in game.

First pitch is scheduled for 6:30pm tonight in Hayden.

The winner will advance to the Minor All-Star State Tournament starting July 12th in Tempe.