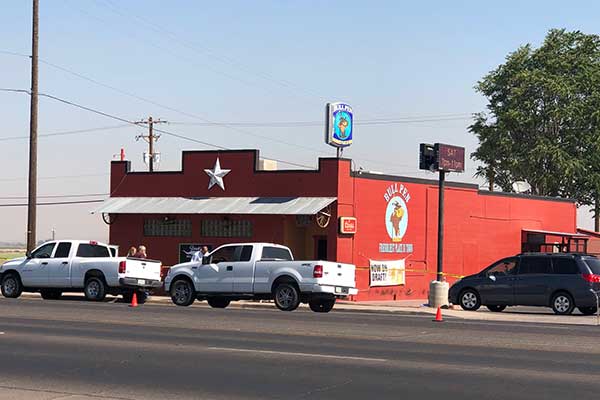 SAFFORD – An after hours gunman reportedly shot up the Bull Pen in Safford last night as it was closing for the night. The incident took place at approximately 2:00 AM. According to a press release from the Safford Police Department, the suspect has been identified as Asa Derek Tsosie. He is currently at large.

In the press release, Safford police expressed their appreciation for the cooperation of the Bull Pen in the investigation

Bar owner, Sara Henderson told Gila Valley Central, “As of right now, all I can say is nobody’s hurt, everything is okay, there’s just lots of damage to the bar.” Since the investigation is going on she was not able to elaborate further.

If any of the public have information pertaining to the suspect, please contact the Safford Police Department at 432-4100.