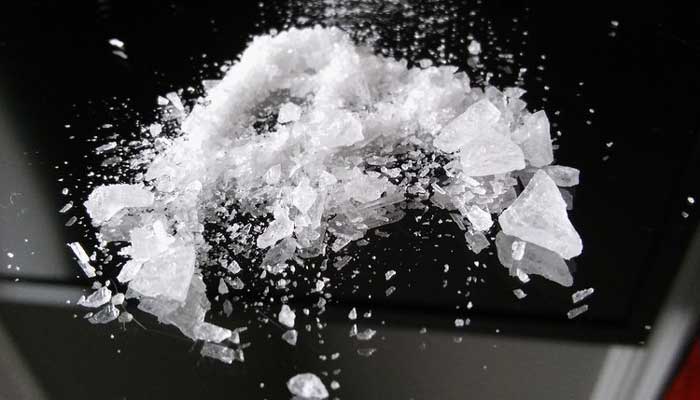 File Photo: Approximately 10 grams of methamphetamine like the drug pictured was found in a roofer's toolbox.

SAFFORD – The influx of roofing companies into the Gila Valley in response to last October’s hail storm has also brought an influx of workers; not all of whom are apparently the most stand up of community members.

A Safford officer was dispatched Dec. 29 to meet with the manager of one of the new roofing companies temporarily in the area regarding possible drug activity of one of his workers.

The manager said a quantity of meth was located in the worker’s toolbox after he mistakenly took a co-worker’s back out on a job out of town. The worker, identified as William Mills, apparently called his co-worker and asked him to take care of his toolbox because there was money inside.

The co-worker went to secure the toolbox and noticed the meth. He then informed his supervisor of the situation.

The officer inspected the drug and determined it was likely about 10 grams of meth, worth about $800 on the street.

Mills was contacted by the officer over the telephone and denied any knowledge of any drugs in his toolbox that was left behind.

The manager said Mills would be terminated due to the discovery and did not have any reason to return to Safford since he lived out of town.

The officer seized the meth as evidence and/or for destruction. No charges were immediately pending.