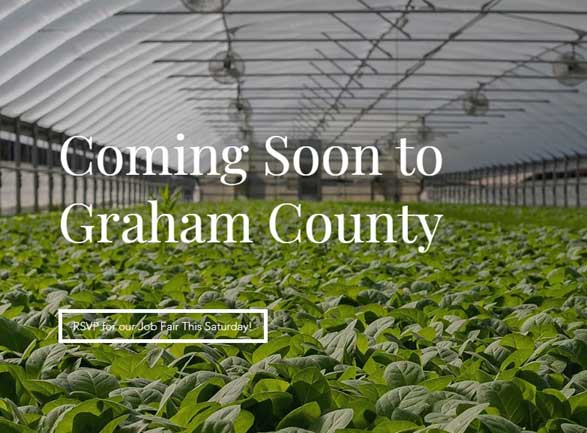 BONITA — Development of a medical cannabis grow facility in southern Graham County could produce more than $220 million in economic impact to the area.

That’s the estimate put forward by Bayacan, the group seeking zoning permission to turn an unused greenhouse at the NatureSweet compound into an indoor medicinal marijuana cultivation facility.

“Baycan now has the opportunity to expand this business into a 53-acre facility up there in Graham County, that’s currently already existing, because it was part of EuroFresh in the past,” said Frank van Straalen, Bayacan co-owner . “So we’re looking to hire about 150 people at the start of our operation. We’re investing roughly $25 million in the initial phase to purchase the greenhouse and upgrade it. Ultimately we’ll be looking for about 600 people (for) the entire 53 acres.”

Bayacan anticipates spending another $24.3 million in upgrades after the first phase, bringing total expenditures to $49.8 million.

The project is expected to create 272 construction jobs — with an estimated $14 million in wages — and about 400 indirect jobs serving the facility, in addition to the more than 600 full-time Bayacan employees at build-out.

Operations are expected to generate $78.6 million in wages, with the facility generating an estimated economic impact to the region of $220.5 million, which would net Graham County $545,800 in annual tax revenue.

Bayacan is conducting two job fairs for the initial 150 employees required in the first phase. The job fairs are from 9 a.m. to 4 p.m. Saturday, Dec. 12, and Saturday, Dec. 19, at the Graham County Chamber of Commerce building on U.S. Highway 70 in Safford.

Salaries will start around $35,000 per year, with medical benefits and the opportunity for overtime.