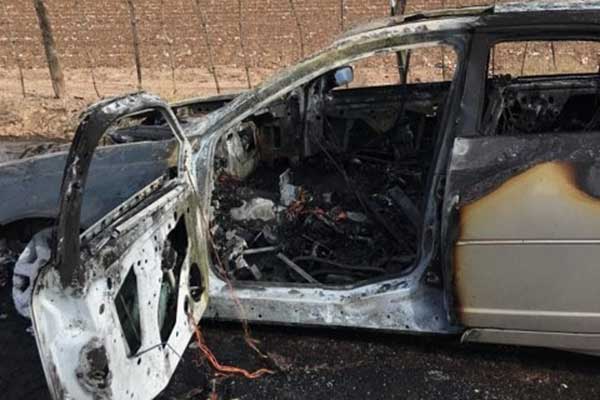 SOLOMON – A mechanical problem was the apparent cause of a 2003 Cadillac that caught fire in Solomon on Tuesday, December 11, 2018. The Safford Fire Department was dispatched at approximately 1:00 PM along with the Graham County Sheriff’s department. The vehicle was reportedly fully engulfed in flames at the time of the call but everyone was out of the car. 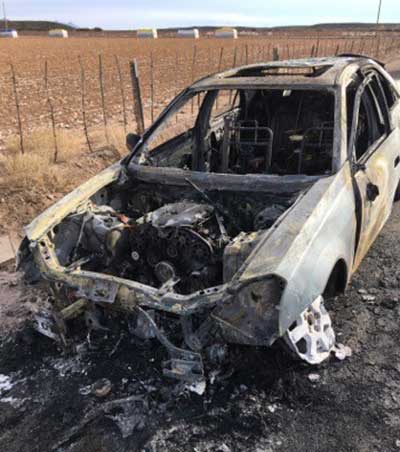 The owner and driver of the vehicle told authorities that he was on his way to his grandparent’s home in San Jose. The car had been smelling hot for the past three days. While traveling east on Solomon road, the driver stopped to look at his car. It was smelling hot again. He stopped again at Barney Lane but could not find the source of the smell. He then pulled off the road on Bowie Avenue, just north of Solomon Road and opened the hood. As he lifted the hood, heavy smoke poured out from the engine compartment. He called 911 and was told to stay away from the vehicle.

No injuries were reported and driver was the lone occupant. The car is a total loss.