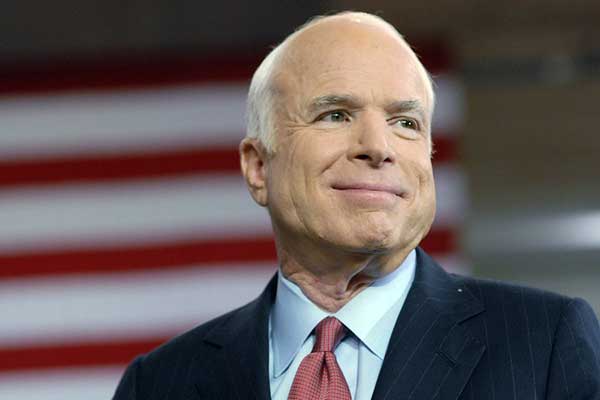 The Republican Senator tweeted Monday afternoon, saying the administration should put an end to the policy.

“The administration’s current family separation policy is an affront to the decency of the American people, and contrary to principles and values upon which our nation was founded,” McCain tweeted. “The administration has the power to rescind this policy. It should do so now.”

McCain also tweeted that “the administration’s current family separation policy, is an affront to American values.” 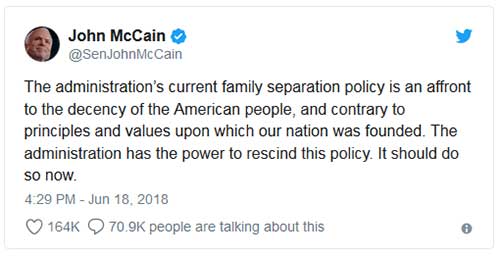 McCain also opposes President Donald Trump’s border wall, even though McCain ran for re-election in 2016 with a catchphrase, “Complete the danged fence.”

According to the Department of Homeland Security, stricter border enforcement under the Trump administration has resulted in nearly 2,000 children separated from their parents between April 19 and May 31.

Senator McCain has been away from Washington since December. He has been recovering from treatment of an aggressive form of cancer at his Sedona home.