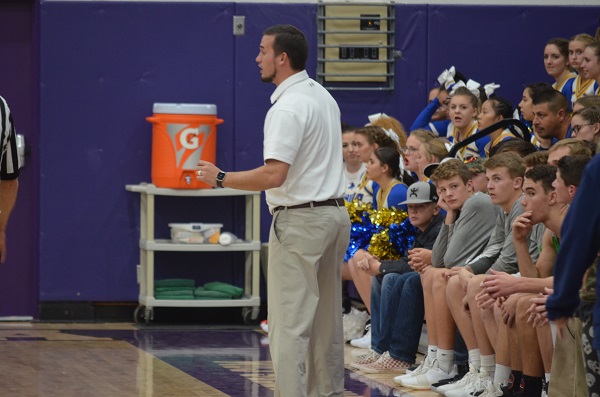 THATCHER — Late Monday night Robby Martindale issued a statement that he would not return as Thatcher boys basketball coach.

“I was told the school board and school district has decided they want to go in a different direction. Whether I agree or disagree I support their decision and only want what’s best for the young athletes. I took this job not for the admin or parents or to be recognized but to give back and share with these young athletes what this great game has given me. I am young and have an incredible love and passion for this game and look forward to the next great opportunity this game has to offer and I will continue to help these young athletes any way I can.”

GilaValleyCentral reached out to the Thatcher School District on Tuesday morning to verify Martindale’s statement.

Superintendent Matt Petersen said the district will not be making a statement on an extracurricular contract but did give insight on the policy and procedure that was used in the decision.

The Thatcher School Board didn’t initiate this decision. They most likely won’t even weigh in on it. This was a Thatcher High School administration decision that was approved by Petersen.

Thatcher Athletic Director James Hicklin evaluates every coach at the end of their season and makes a recommendation on which contracts to renew for the next season. That recommendation then goes to the principal Jeff Lords. Lords then forwards them on to Petersen who will put them on the School Board agenda. Coaches are only contracted on a yearly basis.

Martindale’s name was not on the list to renew for next season. Martindale had informed the school that he was not going to continue his teaching position next year but Peterson said that had no bearing on this decision. Thatcher currently has 7 head coaches that are not teachers.

Martindale was ejected in the January 31st loss against Morenci and was suspended for the next game against Benson. GilaValleyCentral couldn’t find another Thatcher basketball coach that had been ejected dating back to at least the 1980’s. The school or district wouldn’t say this was the reason but it certainly didn’t help Martindale’s cause.

Thatcher finished the year with 21 wins and a first round loss to Scottsdale Christian in the 2A playoffs.

Petersen said the job will be posted as open on Wednesday. Thatcher will be looking for their 3rd coach in 4 seasons.