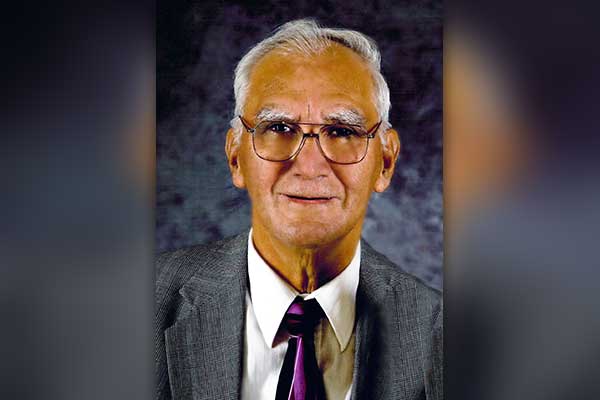 Marion Cantu Guerrero of Thatcher entered into eternal rest at the age of 85 on February 19, 2020 at his home surrounded by his loving family.  He was born on July 26, 1934, in Grand Island, Nebraska to parents Francisco “Frank” Rodriguez Guerrero & Ernestina Cantu Guerrero joining siblings John, Francis, Mary, Flora, and Rachel.

Marion joined the United States Army in Omaha, Nebraska in 1952 honorably serving his country in the Korean Conflict until his discharge in Ft. Carlson, Colorado in 1955. From that point, Marion joined the Army Reserves where he served until his honorable release in November of 1963. On July 12, 1958, he married his one true love, Charlotte Anne Webb and the family was blessed with 5 children; Kenneth, Bennett, April, Patti, and Kristina. And on July 3, 1962, the young family was sealed for time and all eternity in the Logan, Utah Temple.

Marion always had a joke for anyone who would listen. He as a natural comedian and a couple of his favorite sayings were “who is the best looking Mexican in the room?” & “Tell me why am I?”  He was also a good provider, a missionary and a very honorable and charitable man.

Marion was preceded in death by his parents Frank & Ernestina Guerrero, his siblings; John Guerrero, Frances Salinas, Mary Mendez, and Flora Roman, and his 2 Grandson’s Skyler Wren and Mike Guerrero-Sisneroz.

Services for Marion will be held on Saturday, February 29, 2020, at The Church of Jesus Christ of Latter-day Saints, Thatcher Stake Center beginning with a viewing at 10:00 a.m. followed by the funeral services at 11:00 a.m.