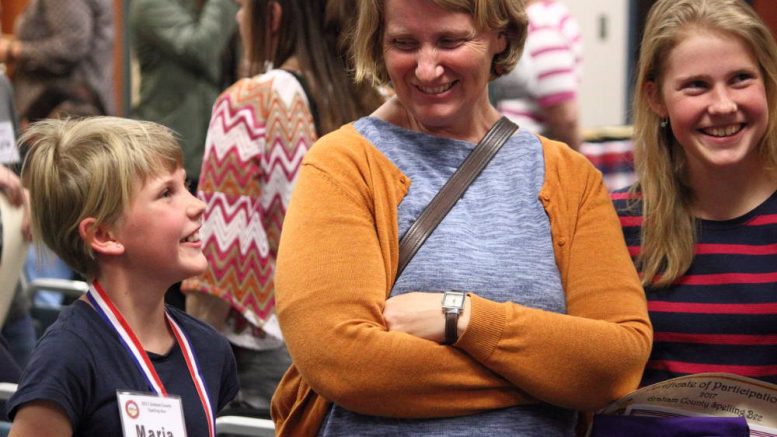 SAFFORD – By correctly spelling words ‘iguana’ and ‘pinafore’ in the final round, Maria Dannenbrink won the Graham County Spelling Bee on Wednesday night and will continue on to the state finals in Phoenix at the end of March. Eighteen students competed in front of a panel of judges and about 80 people in the conference room at the Graham County Services Building. Medals were awarded to each participant, with plaques for first and second place.

The competitors represented six school districts, including 11 public schools and two charter schools. Students had to compete in a classroom and a school or district-wide spelling bee before they were selected to compete at the county bee. All grades K-8 could compete to be at the county bee. In the initial rounds, each student had one chance to spell a given word correctly, until only two remained. Then the two finalists took turns answering until one competitor succeeded in correctly spelling a word and the other failed. If the first contestant failed to spell the word correctly, the other had to spell the first word and an additional word correctly.

Dannenbrink and Thatcher’s Trinity Morin went back and forth for several rounds before Dannenbrink managed the win. There were 13 total rounds and 73 words in the spelling bee. 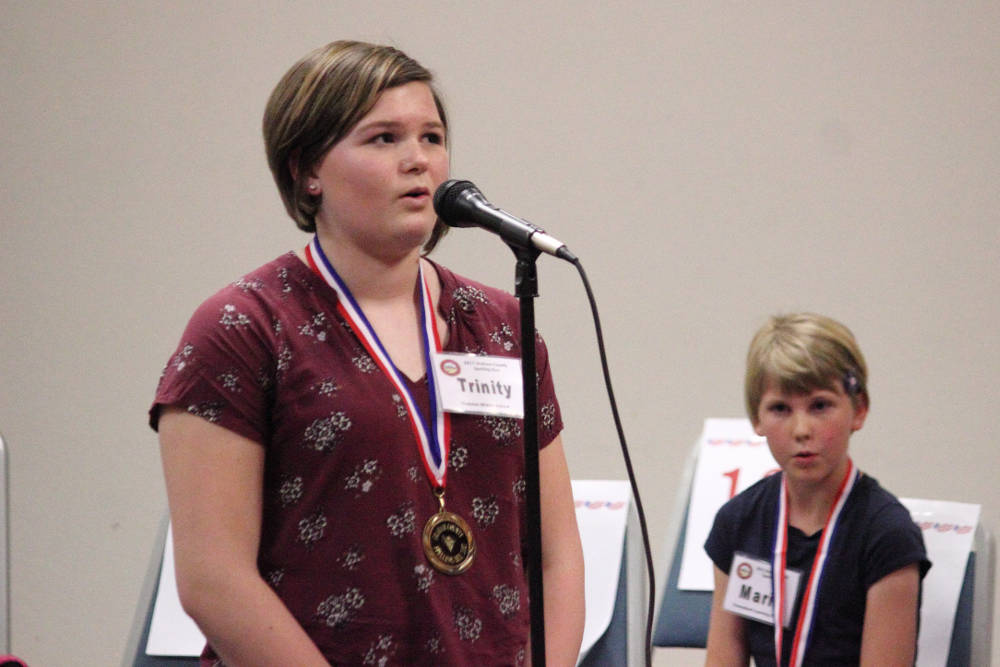 Sixth grader Dannenbrink thought she was originally selected as an alternate for her school, Triumphant Learning Center, but by finishing second in her school’s competition, she was automatically given a slot in the county-wide contest.

Nervous about performing in front of a crowd, Dannenbrink hoped she would get sick so she would not have to attend.

“I don’t really like spelling in front of people,” she said.

When Dannenbrink found herself facing off against eighth-grader Morin for first place, she said she was nervous and surprised. She had expected to get harder words. Dannenbrink is also nervous about the state finals, but her mother, Ruth Dannenbrink, is optimistic.

Should Maria Dannenbrink fall ill, Morin will be her alternate at the Arizona State Spelling Bee. The winner from the state finals will compete at the Scripps National Spelling Bee in Washington, D.C., from May 28-June 3. The state finals are March 25 at 1 p.m., and will be broadcast by Arizona PBS. 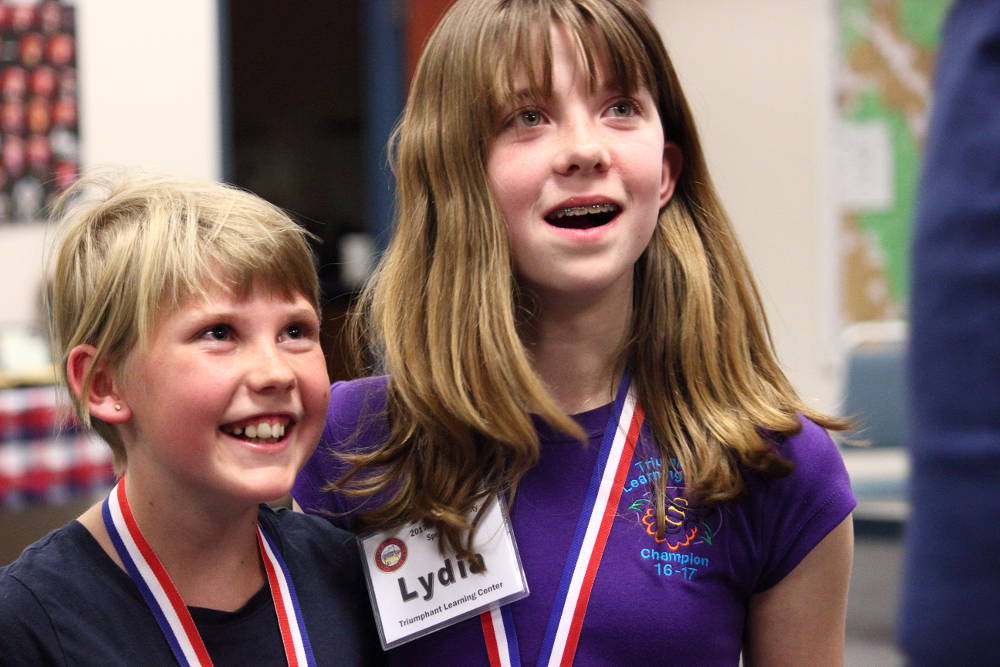 Dannenbrink’s friend and classmate, Lydia McElroy, also competed, but was eliminated earlier in the evening. McElroy was glad to see Dannenbrink win and noted a possible reason for Dannenbrink’s victory.

“She was homeschooled a lot of her life, so she wasn’t confined to a classroom, so I think that may have given her a bigger vocabulary,” McElroy said.

McElroy said she and Dannenbrink practiced together before the competition.

“This morning, we were so nervous that we quizzed each other from the dictionary,” she said.

McElroy plans to compete again next year and thinks she has a chance to beat Dannenbrink. 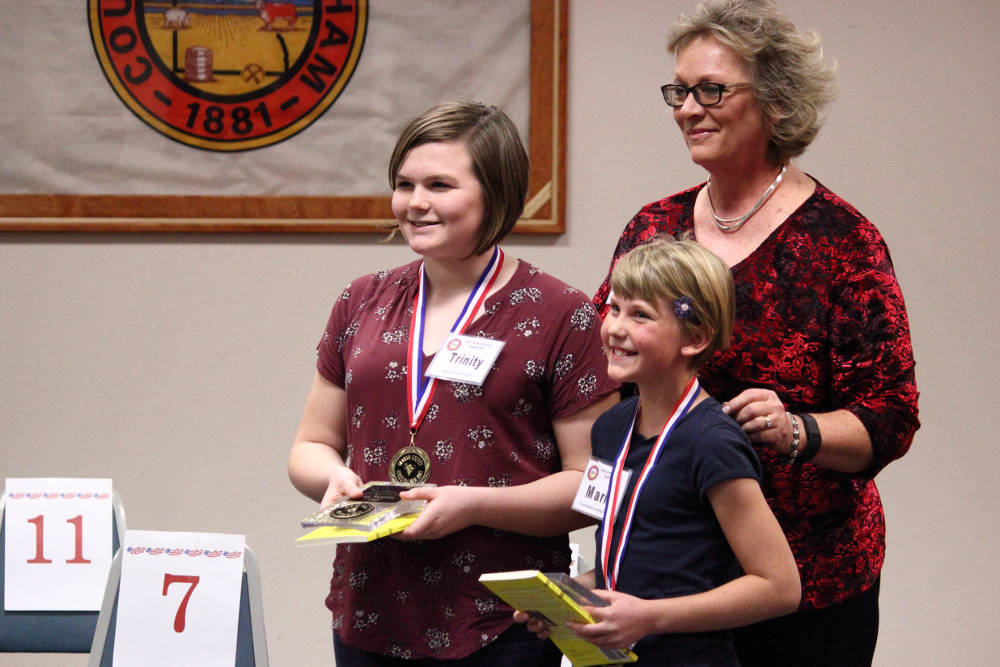 Graham County School Superintendent Donna McGaughey said she’s noticed that the winners over the years have all had one thing in common, their love for reading.

“When I’ve talked to the kids, they have a love for reading; they’re bookworms, they always have their nose in a book,” McGaughey said. “They’re just more literate because they are exposed to more vocabulary words.”

According to McGaughey, spelling bees are important to encourage literacy and academic excellence in a culture where student athletes get the most attention.

“I appreciate that we get to honor them in that way,” she said.