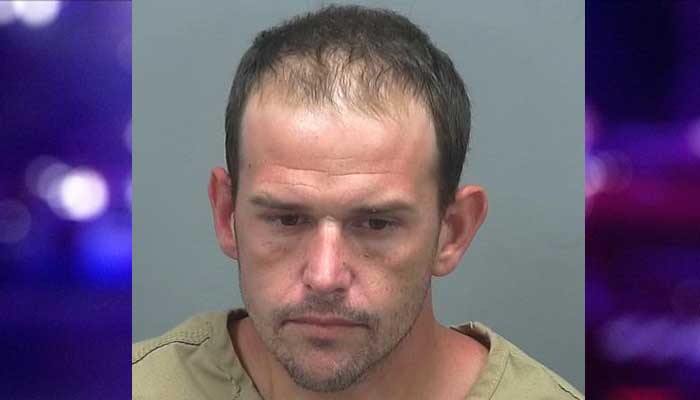 SAFFORD – Wednesday afternoon police were patrolling the area of Vine Lane and Hollywood Road when Matthew Isaacs was recognized through prior contacts and past dealings for warrants and other criminal activity. The officer on patrol checked his computer for warrants and discovered two outstanding warrants for Isaacs’ arrest.  One warrant out of Benson JP, non extraditable, and a warrant out of Tucson that read adjacent counties. The officer checked the warrant through dispatch as he stopped to speak with Isaacs.

As the officer made contact with Isaacs at a gas station, the officer observed Isaacs holding a 44oz cup with a lid and straw and Isaacs stated that he was walking to a friends house off Vine Lane and wanted a cigarette. The officer was waiting for the warrant to be confirmed by Tucson, but in the meantime provided Isaacs a cigarette as he watched Isaacs put the 44oz on the ground. The warrant was confirmed and Isaacs was placed under arrest and handcuffed. The officer searched Isaacs before placing him in the patrol vehicle. The officer asked Isaacs if he wanted a drink of his water, but was corrected by Isaacs that it was soda in the cup, but he did not want it anymore. Police retrieved the cup and began pouring out the contents when a glass pipe inside was discovered. The officer informed Isaacs what he discovered. Isaacs stated he was ‘having trouble finding a job and that he has to entertain the Police and the other side.’ Through conversation with the officer, Isaacs requested assistance with rehab for his drug problem.

Isaacs was transported to the Graham County Jail.