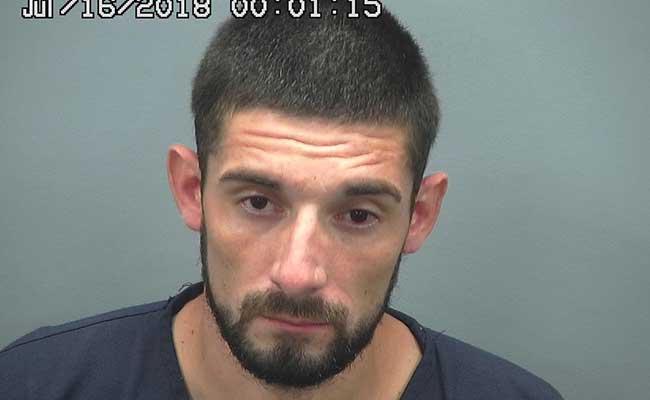 SAFFORD – Authorities driving behind a four door sedan on Highway 70 on Sunday, around 7:00 pm, discovered the vehicle’s insurance had been cancelled. After the vehicle was pulled over, and the driver was identified as Matthew Barringer. When asked, Barringer stated he did not have his driver’s license with him. He was asked to step out of the vehicle, and the female passenger was asked if there was anything illegal in the vehicle. She reported there was a little bit of marijuana in the glove box. She stated Barringer had a medical marijuana card, but it was expired. After locating the marijuana, the officer also noticed an open container of an alcoholic beverage in the passenger floorboard of the vehicle which had poured out.

Meanwhile, authorities were informed that Barringer had an outstanding warrant for his arrest. The female passenger did not have a valid drivers license, so she called her sister to the scene to pick up the vehicle. Barringer was transported and booked in the Graham County Jail. He was issued a citation for possession of marijuana and possession of drug paraphernalia.