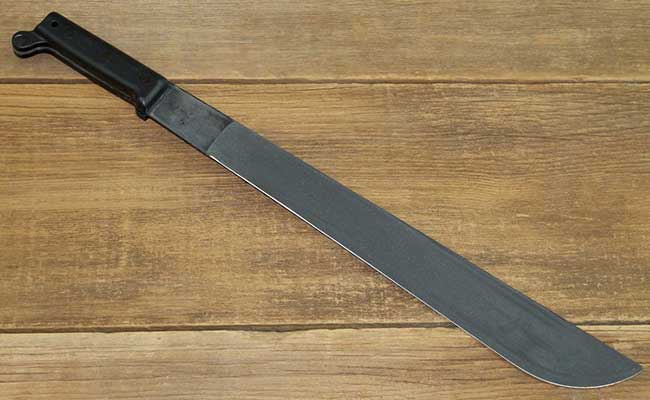 SAFFORD – Authorities were notified of a stabbing that had taken place Saturday around 4:46 pm, between two individuals that had left Sunrise Village. The victim had left in a vehicle and was stopped in the Green’s Furniture parking lot. An officer arrived at the parking lot and found a man with a bloody shirt wrapped around his hand as well as blood spatter on the inside and outside of the car. Another officer went to the Sunrise Village to see where the incident had taken place.l

The officer asked the victim what happened, and the man stated he cut himself from a fall down at the river, on the side of the canal. The man’s wife had already told police that he had been stabbed with a large “machete” knife .

Lifeline ambulance arrived and attended to the victim, who later did not deny being stabbed with a “machete”.  The victim’s wife reported to officer’s that the other man involved had stated to her, ” I just stabbed your husband”. It was reported that the individual has 3 machete’s and carries one in the back of his shorts all the time.

The victim was flown by helicopter to University Medical Center for further treatment.