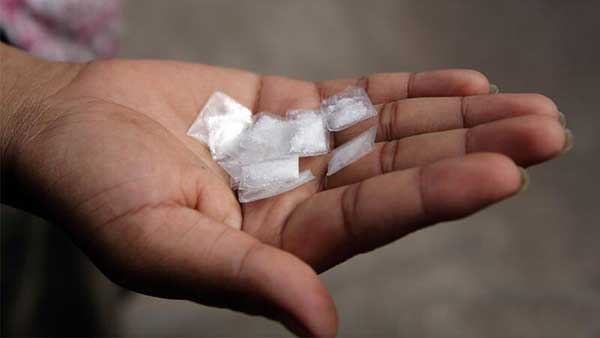 Sierra Vista, AZ – Drug paraphernalia seized from a Sierra Vista apartment where a 32-year old woman died in August led to the September 25th arrest of one of her roommates on multiple felony charges unrelated to the death.

James L. Haywood Jr. was going to be cited and released for possession of drug paraphernalia that Sierra Vista detectives found in the apartment after Emma Brakebill died August 14th in Haywood’s bedroom.

Instead, Haywood was arrested and is being held on a $50,000 bail after bags of meth, marijuana, and cocaine were found in his clothing during a pat-down search.

Haywood, 44, is also accused of trying to swallow two bags of methamphetamine after he was transported to the Sierra Vista police station.

During the pat down of Haywood, a detective could hear crinkling of plastic when Haywood began lifting his shirt and at the same time turning to face away from the Detective.

With the help of another Detective, the Officers forced Haywood to spit out a bag of what later tested as meth.

While forcing Haywood to spit out everything in his mouth, Detectives found another bag of meth, totaling nine grams of meth worth about $1,000.

Haywood was booked into the Cochise County Jail and is facing multiple charges of possession of dangerous drugs.