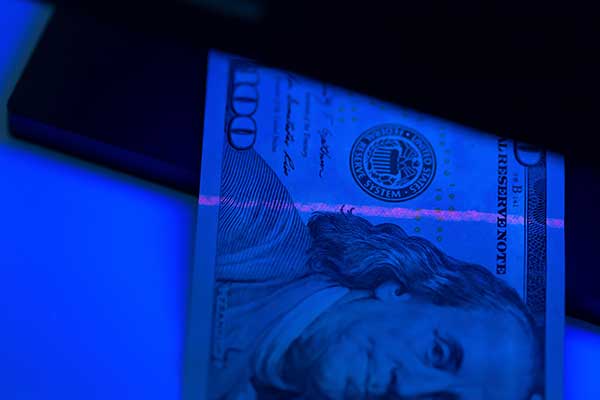 A Safford police officer was dispatched to Thriftee on August 4th, 2020 in reference to a man who allegedly tried to pass a fake $100 bill. According to the police report, the bill was an obvious fake. The coloring was not correct and the printing was not centered on the paper. It also had what appeared to be Chinese characters on the back.

The officer immediately recognized the suspect from prior dealings as having mental problems and drug issues. The man told the officer that a friend had given him the bill and claimed that he didn’t know it was fake. The man reportedly made statements that didn’t make sense and tried to convince the officer that the bill was real.

The officer told that man that he was not going to be arrested, but that a report would be sent to the county attorney for possible felony charges. The man then told the officer that as a retired bail bondsman, he was above the law and was not going to get in trouble over the counterfeit bill.