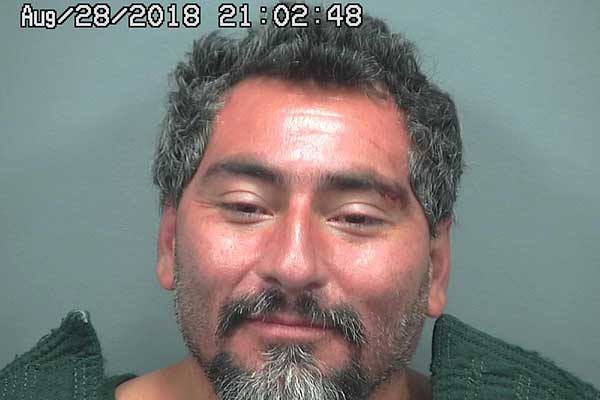 SAFFORD – Last Tuesday, police were called to a local motel in reference to a man that was trashing a room and a woman that had been assaulted. When an officer located the man, he was found drinking a pint of Vodka and quickly attempted to walk away from the officer. The man, identified as Louie Gonzales, was taken into custody and placed in the officer’s patrol vehicle.

The officer spoke with the owner of the motel where it was reported Gonzales had been seen throwing motel property around and yelling in the area. Possible criminal damage charges may be added, after the room was cleaned and possible damage discovered.

The officer then contacted the female victim who reported Gonzales had been disorderly with her. She stated that she was standing in the breezeway near her room when Gonzales walked by and hit her on the back with something hard. The victim was crying as she requested the officer take Gonzales to jail.

Gonzales was transported to the Graham  County Jail where he started yelling and became very aggressive and required authorities to place him in a restraint chair. He was booked on charges of disorderly conduct, assault, and consuming alcohol in public.