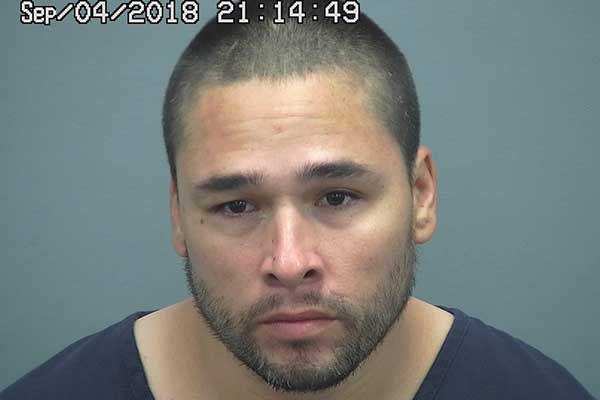 SAFFORD – Last Tuesday morning around 7:00am, police were called to an area on 15th Street where it was reported that a man had gotten out of his car, urinated in the street, got a gas can out of his trunk and started walking on foot.  An officer searched the area and found the man matching the description given, who was later identified as Ysidro Castro Jr. The officer got out of his patrol vehicle and approached Castro, who initially refused to identify himself to the officer. Authorities, however, could smell a strong odor of alcohol coming from him. He also swayed back and forth and had slurred speech as he spoke. Castro appeared to be argumentative and would not tell the officer who he was or where he lived, so the officer could take him home. The officer informed him that if he went back to his vehicle and attempted to drive, he would be arrested for a DUI.

Castro stopped at the corner of 13th Street and 3rd Avenue and approached the officer who had stopped also, to ask the officer why he was following him. The officer explained that because he had been consuming alcohol, he didn’t want him to wander into the street and get hit by a car, or get back into his car to drive.

While speaking with Castro, the officer heard a man and woman arguing in front of a residence on 13th Street. More police were called to assist the officer. The officer spoke with the woman, who reported that her husband was upset because their vehicle that had been parked on the street, had been hit by another vehicle sometime during the night or early morning. The officer noticed the truck had sustained significant damage on the back bumper pushing it forward about 6 feet causing the truck to rear end a SUV that was parked in front of the truck. There was debris on the street left from the other vehicle. The officer collected the pieces of debris, what appeared to be a piece of the grill and an orange signal light. After the officer spoke with a witness that reported seeing Castro driving his vehicle, Castro was detained while the officer was able to compare the debris collected to the damage on Castro’s car. The officer found the piece of debris from the hit and run was identical to the grill on Castro’s car.

Castro was transported to the jail, and positively identified. Dispatch confirmed a felony warrant for Castro’s arrest. He was booked into the jail on the warrant. Possible charges of hit and run are pending. Castro was driving on a suspended driver license as well.