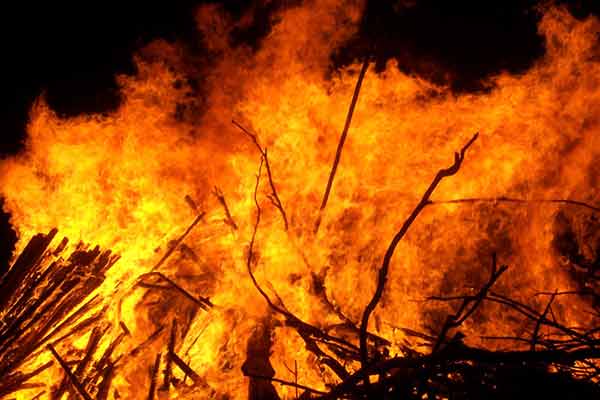 GRAHAM COUNTY – Late Saturday night, the Graham County Sheriff Department was dispatched to the hospital in reference to what appeared to be a gunshot wound to the leg of a man in the emergency room. Upon arrival, the deputy noticed the victim’s calf had a small injury with blood coming from it. His pant leg had a large amount of blood on it, with a small hole in the pants where the blood was.

The man stated he was hanging out with a bunch of other friends around Lebanon Loop. They had a fire, which contained beer bottles and cardboard boxes. He said they were all around the fire and heard a loud pop. He saw that his leg was bleeding and then felt the pain. He believed that a piece of glass or some other object hit him. He stated that he did not get shot and did not accidentally shoot himself.

The deputy spoke with other witnesses that supported the same information given by the victim and that no one there had a gun in the area when it happened. According to the deputy’s report, the attending doctor stated that the wound appeared to him to be a gunshot wound, and when shown the X-ray, the deputy noticed a pea sized object that was flat on one side and rounded on the other that appeared to be a bullet inside the muscle portion of the calf.

Other deputies responded to the area where the incident occurred and spoke with a female that was there watching the children after everyone else left. She said she was inside the residence when everything happened outside, but her story correlated with the other witnesses. The woman also stated that on numerous other occasions she knows that one of the men in the group has taken boxes from inside the residence with unknown items inside the boxes and burned them in the same fire area.