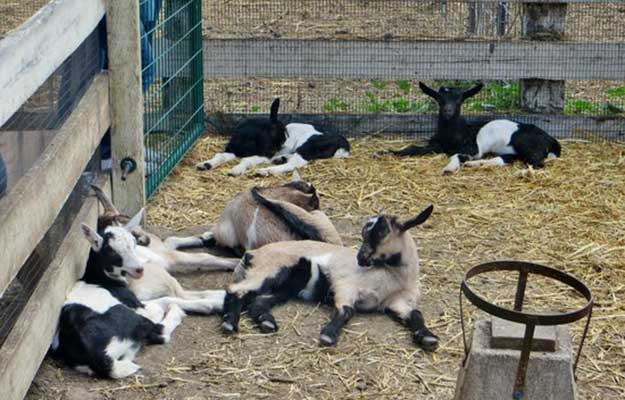 A man called the Graham County Sheriff’s department Saturday afternoon to report that he had shot a dog that was attacking his livestock. When a deputy arrived on the scene at approximately 5:00 pm, the man told him that he had come earlier to find that two dogs had his goats up against a fence and were harassing them. The man shot one of the dogs and tried shooting the other. The man told authorities that the dogs had come onto his property before. He said that dogs had killed some sheep about a year ago.

The owner of the dog apparently came over and started to yell and curse at the man for shooting his dog. The man said he and his son went inside the house, where they stayed until the deputy arrived.

The man showed the deputy the pen where the goats are kept and the deputy noted that dog tracks were visible along with goat tracks.

In a separate, unrelated incident, a woman called the Sheriff’s department Saturday afternoon to report that her three dogs were missing from her fenced, secure yard in Thunderbird Mobile Home Park. The woman described the animals as aggressive and she was concerned that someone could be bitten. One of the dogs is a 110 lb Rottweiler, one was a smaller German Shepherd and the third was a 6 month old Blue Heeler. The woman said that the dogs did not have collars or tags. She said that she had no idea how they got out.

Earlier Saturday morning, the Sheriff’s office also responded to a call from a man saying that he was unable to work in his yard because of an aggressive pitbull in the area. A deputy was dispatched to the area and located the owner of the dog. The dog owner was apprised of possible civil liability if her dog caused any harm.