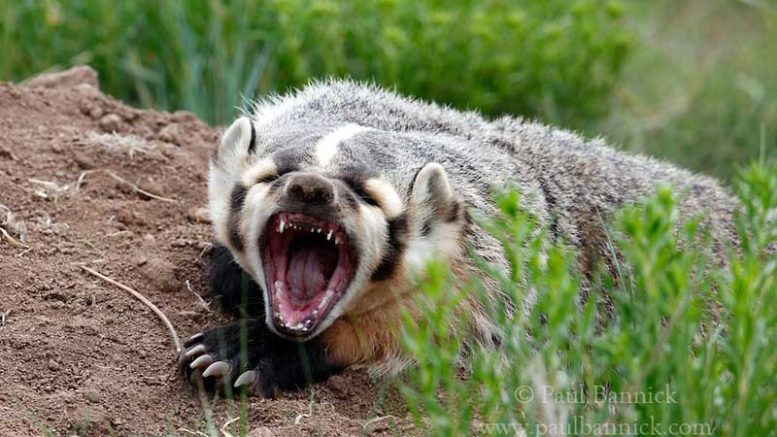 Contributed Photo/Courtesy Paul Bannick/PaulBannick.com: A man shot an American badger like the one pictured here after the badger attacked his dogs.

GRAHAM COUNTY – A man shot and killed a badger Saturday, Sept. 30, as it had a family dog in its mouth.

Officers were initially dispatched to a residence on W. Cottonwood Wash Road southwest of Pima at about 7:42 a.m. regarding a possible mountain lion attack. The respondent told a Graham County Sheriff’s Office deputy that she saw the tail of some sort of animal as it fought with her dogs and that the animal was making a hissing noise which led her to believe it was a mountain lion.

A Pima officer walked over a hill where one of the respondent’s injured dogs was said to be and located two of her sons with the dog and a dead American badger. One of the sons said the badger had the dog by its mouth and was pulling the dog away so he shot it with his rifle. 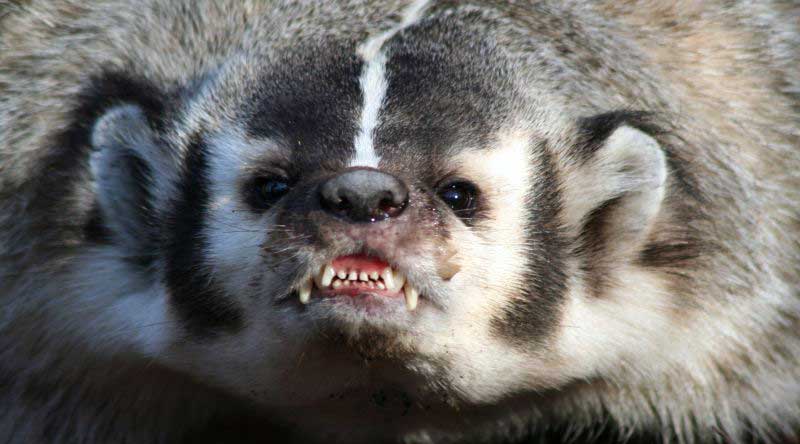 The American badger is the only one of eight badger species that reside in Arizona. They are generally solitary creatures who sleep in burrows during the day and come out at night to hunt.

The badger was shot on its right side and was taken at the behest of Arizona Game & Fish and placed into a freezer at the Graham County Animal Shelter for game officials to pick up so the animal could be tested for rabies.