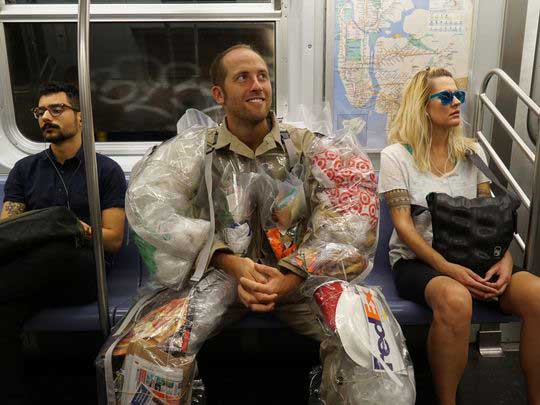 NEW YORK, Sept. 29 (UPI) — A man has promised to wear a clear plastic suit containing every piece of garbage he produces for 30 days.

A film crew will follow Rob Greenfield throughout New York City as he plans to create the American average of 4.5 pounds of trash per day, which will ultimately amount to 135 pounds.

“Most people never think twice about the trash they make. Once it’s in the garbage can it’s out of sight out of mind and although the 4.5 pounds of trash per day statistic is widely known, very few visuals exist to help people truly understand it,” a post on Greenfield’s website stated.

Greenfield’s trash journey will also be documented across various forms of media including videos, live streams and blogs.

“Rob will be a walking billboard of environmental awareness to educate and inspire people to make positive changes in their life to reduce their waste,” the website stated.