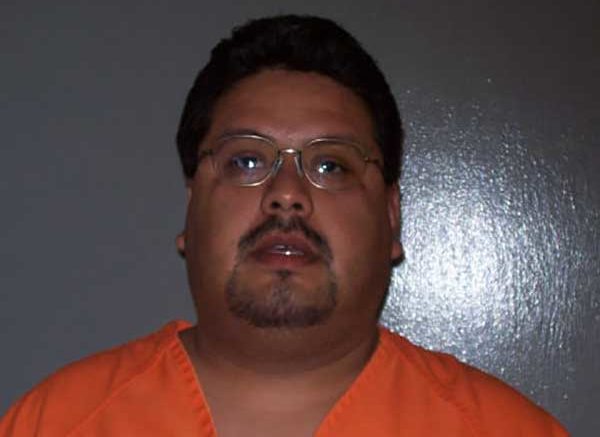 SAFFORD – Saturday afternoon, police were called in reference to a man that was passed out in his truck. It was reported that no one had seen anyone near the truck since it got there and the driver had not moved.

When authorities arrived at the convenience store and approached the truck, the keys in the ignition could be seen, and the engine still felt hot to the touch. The officer walked around to the driver side and knocked loudly on the window for a few minutes without a response. The officer opened the door to check on the man while announcing himself.  The officer immediately smelled a strong odor of an alcoholic beverage coming for the truck. The man was asked if he was ok and he smiled and appeared to be dazed. Authorities asked the man what he was doing, but the response was severely impaired and unintelligible. The man was asked how much he had to drink and he replied  “4 or 5”. The man was identified as Thomas Lucero III and was asked to perform some intoxication tests. Lucero agreed to do so. At one point, the officer noticed Lucero was leaning against the truck and had difficulty standing and speaking. Lucero reported to authorities that he had driven into town by himself. After performing a breathalyzer test the result read 0.194%

Lucero was placed under arrest and a family member was called to pick up the truck. Lucero informed the police that he wanted his attorney present and was told he would be given time to contact and consult an attorney. After being given that time in a private room, Lucero consented to a blood draw and then was released to a family member.