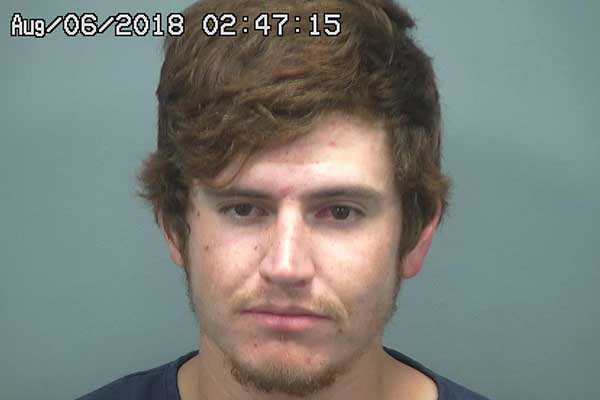 SAFFORD – On Sunday night an officer was observing activity at the Safford Inn located on Highway 70, where a male was seen sitting in a running vehicle. When authorities ran a check on the car, they found that it was registered to a man who was previously involved with the sale of meth at another local motel about 3 month prior.

The officer watched as the vehicle left and headed west to a gas station and the man, identified as Luis Lopez Jr., appeared to be putting gas into his car. The officer pulled in behind Lopez and made conversation with him. Lopez told the officer he was not staying at the motel, he was only helping out a female friend who had gotten evicted. The officer recalled the female friend was also involved in the incident that occurred with Lopez 3 months ago. Lopez reportedly told the officer that he had some tools in his car from the job he was doing and agreed to show the officer the tools. Lopez opened the back door of his car and showed the officer the various tools, including an air compressor. The officer noticed a black backpack in the back of the car with the tools. When the officer asked Lopez about the backpack, he apparently paused, acting visibly nervous. Lopez told the officer that it belonged to him but there was nothing illegal in it. Lopez was asked if there were any guns in the car, and he said that there was only the Daisy BB gun, which was laying on the back seat.

Lopez later mentioned a shotgun in the trunk that he showed the officer. While speaking with Lopez, the officer noticed him sticking his hands into his jean pockets and when he was asked about the contents, Lopez reported that he had a pocket knife, money and room keys. When Lopez pulled some money out of his pocket, the officer spotted a clear plastic bag containing heroin. The officer took the drugs and placed Lopez under arrest.

Other officers arrived, as Lopez was asked about the contents of the backpack. Lopez stated that some of the contents would be the belongings of the female friend. Lopez removed a bag of meth from his pocket and money was located in each of his socks. The officer searched the backpack and located 20 grams of meth and drug paraphernalia. Lopez then also informed officers of another gun and on the floor between the driver’s front door and front seat. Officer found and a .22 caliber gun in that location.

After the officer located the items in the backpack, Lopez stated he got the meth from his female friend and was taking it to a friend of hers as a favor. Lopez allowed the officer to look through his cell phone and numerous text messages and pictures that were drug related were located on the phone. Lopez stated to authorities he has been involved with drugs for about a year and delivers meth a couple times every few days. He stated the heroin does not belong to him and he does not use heroin but the meth in his pockets does belong to him.