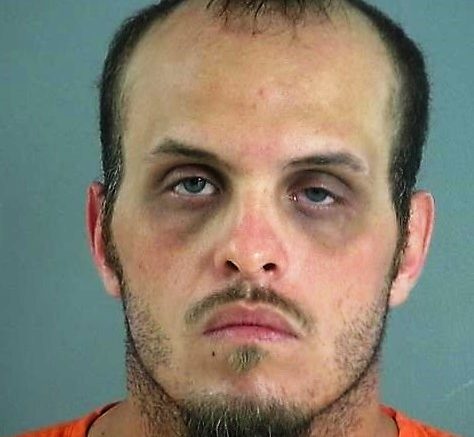 Contributed Photo/Courtesy GCSO: Daniel Mendez was jailed for assault after striking his girlfriend with a breakfast plate.

SAFFORD – A Safford man found himself behind bars Saturday after he allegedly threw a breakfast plate at his girlfriend’s head.

Daniel Mendez, 30, was arrested and booked into the Graham County Jail on a single charge of assault. According to a Safford Police report, Mendez is accused of throwing a ceramic plate at his girlfriend, which then cut her behind her ear when it struck her and broke.

An officer was dispatched to 326 S. 8th Ave. at about 10:37 a.m. regarding a domestic violence incident. Upon arrival, the officer located Mendez, who appeared upset, sitting outside the residence. The officer also saw the victim with a bloody rag on her head.

According to the victim, Mendez was asleep in his room when her daughter took him some French toast she had made.

At about that time, the victim was unable to find her car keys. She said she suspected Mendez had taken the keys the previous night without returning them. The victim’s daughter then asked Mendez if he knew where her mom’s keys were and he became upset and threw the plate across the house, striking the victim in the back of her head. The ceramic plate busted on the victim’s head and cut her, according to her statements to police. She was then transported to Mt. Graham Regional Medical Center where she was treated and released.

Mendez was arrested and booked into the jail for assault.