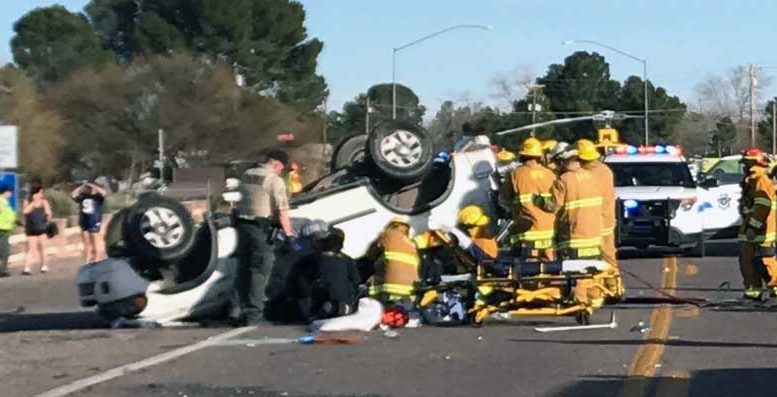 Contributed Photo/Courtesy DPS: Firefighters and first responders work on assisting passengers in a SUV that rolled over after being struck. The driver was ejected and flown to a Tucson hospital, where the driver was listed as being in stable but critical condition.

SAFFORD – Anthony Daniel Bejarano, 26, was arrested and booked into the Graham County Jail on Wednesday after reportedly causing a collision while inebriated that sent three people to the hospital. 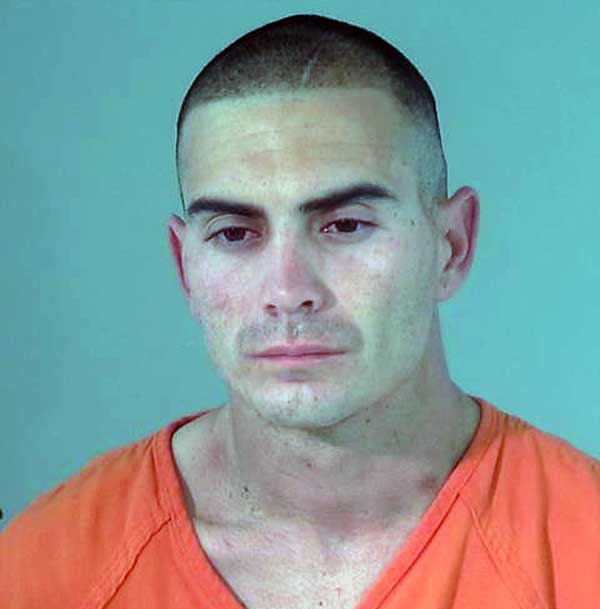 Bejarano was found to be in possession of dab – a more potent concentrated form of marijuana – and a gun. He was booked on three charges of aggravated assault, possession of a narcotic drug and misconduct involving weapons.

According to a report by Arizona Department of Public Safety (DPS) Sgt. Stewart Shupe, Bejarano was southbound on Montiereth Road in a red, 2007 Chrysler 300 at about 3:50 p.m. when he struck the driver’s side of a white, 2003 Mitsubishi Montero driven by Allison (Alex) Grace Anita Lopez, 18, who was eastbound on U.S. Highway 70.

The collision spun the Montero counterclockwise and it then began to roll over, finally resting on its top in the westbound lane. 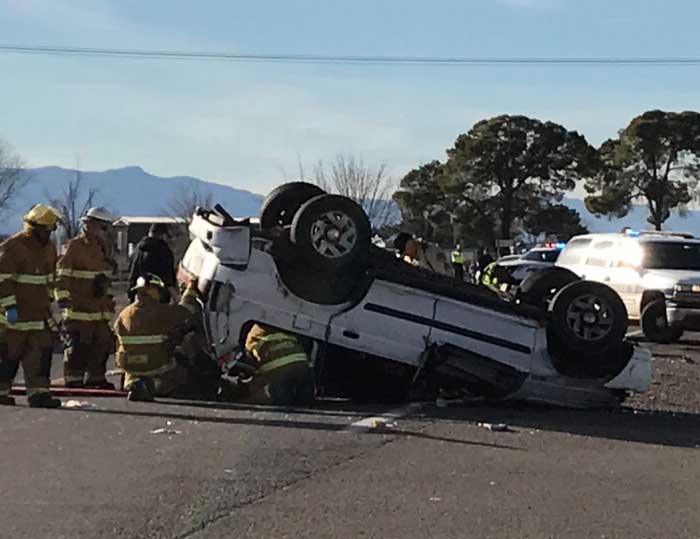 Contributed Photo/Courtesy DPS: The Mitsubishi Montero rests on its top after being upended in the collision.

Lopez was ejected from the vehicle and suffered numerous injuries, including a skull fracture, brain bleed, cervical spine fracture, ear laceration and other cuts. Lopez was flown from the scene by AirEvac-21 to Banner-University Medical Center Tucson, and, as of Thursday morning, was listed as being in stable but critical condition. While biologically listed as  female in medical records and on the driver’s license, Lopez is transgender or gender neutral and identifies as a male, according to family members.

Lopez had two passengers in the SUV, Kari Kelly, 25, and a 17-year-old juvenile. Both passengers were transported by ground ambulance to Mt. Graham Regional Medical Center, where they were treated for multiple lacerations and released.

Neither Bejarano or his passenger, Gordon Pike, 37, were injured in the crash.

The collision closed down the highway during clean up and investigation, and it was reopened at about 5:17 p.m. The vehicles were removed from the scene by Nuttall’s Towing.

The crash is still under investigation, and DPS took Bejarano’s blood for DUI testing. He allegedly showed signs of impairment at the scene.

A woman who was ejected in a single vehicle rollover on N. U.S. Highway 191 on Tuesday has been released from a Tucson hospital.

Margaret Barron O’Sullivan, 34, was airlifted by AirEvac-21 to Banner-University Medical Center Tucson for multiple injuries she sustained after rolling her blue, 2004 Jeep Cherokee multiple times. She reportedly suffered a broken back, head trauma, collapsed lung as well as a broken leg and foot.

According to DPS Sgt. Stewart Shupe, O’Sullivan was northbound around milepost 148 on a descent in the Black Hills in Greenlee County at about 11:48 a.m. when she inexplicably veered off to the right shoulder. O’Sullivan then crossed back over both lanes of traffic onto her left (western) shoulder, rolled the Jeep multiple times and was ejected.

Traffic was impeded until about 12:31 after the vehicle had been cleared by Waters’ Towing out of Duncan