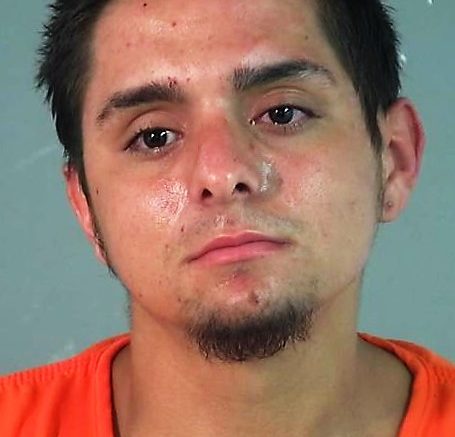 SAFFORD – The Glenn Meadows Park recently was the benefactor of multiple donations to renovate it into a place where neighborhood children can play in safety. Unfortunately, families and children aren’t the only ones who currently utilize the park.

At about 12:45 p.m., Monday, an officer came upon a man who apparently had been injecting himself with heroin at the park.

According to a Safford Police report, Markus Steel Marshall, 21, of Safford, was observed slumped over while sitting underneath a tree. When the officer approached to do a welfare check, he discovered a syringe loaded with a brown liquid on the ground between Marshall’s legs. Later, a small quantity of what was believed to be heroin was found in a paper wrapper in Marshall’s pocket.

Marshall was aroused and initially denied knowledge of the syringe. Ha allegedly later admitted purchasing the syringe from Walmart but said the liquid inside was Dr. Pepper. Marshal later allegedly admitted buying heroin from someone in Solomon.

After being interrogated, Marshall was booked into the Graham County Jail on charges of possession of a narcotic drug and possession of drug paraphernalia.