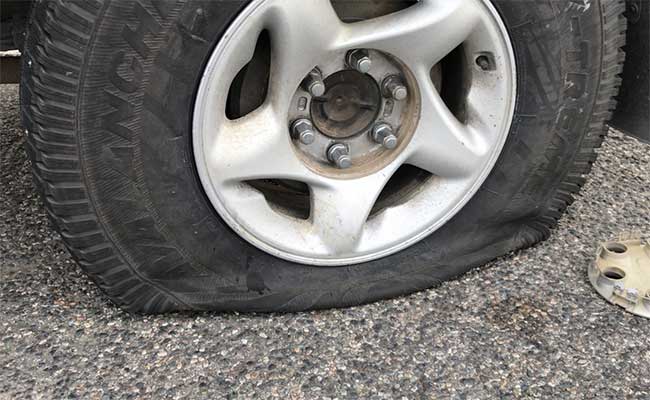 SAFFORD –  Last Wednesday around 1:00 am, authorities were dispatched to a residence where a man  had been assaulted and his vehicle had received criminal damage.

When an officer spoke with the victim, he reported being inside his residence, when he heard noises in the front of his home. The victim went outside to the carport where he noticed the light bulb on his driveway was not working, as if it had been unscrewed. The victim stated he grabbed the light bulb, and turned the light on. The victim’s vehicle was parked in the driveway in front of his garage doors. When the victim walked to the driver’s side of his vehicle, he found a man and woman crouched down near the driver’s side door of the vehicle. The man was holding a black colored knife, who then lunged at the victim with it. The knife made contact with the victim’s shirt and scratched his stomach. The victim then showed authorities a four inch scratch on his abdomen. The woman  then yelled to the other man, “come on fool!” The victim reported both subjects ran off down the street. Officers checked the area but were unable to locate the two subjects. The victim stated to authorities, he believed that he was wrongfully targeted and was a victim of mistaken identity because he does not have any known enemies.