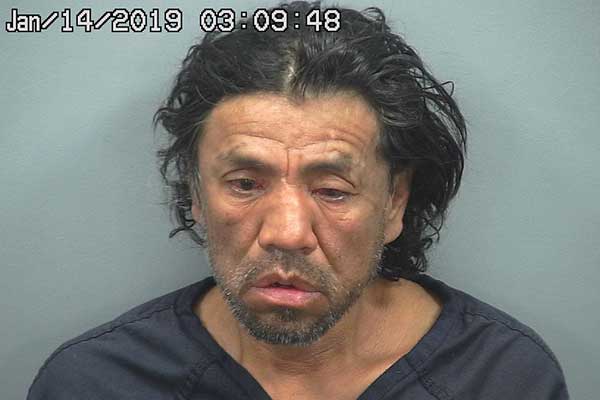 SAFFORD – On Sunday, January 13, an officer responded to the Dollar General on Thatcher Boulevard in Safford in reference to a Native American male who had inappropriatedly touched an employee and was threatening to fight people. Police arrived at approximately 8:30 Sunday night and placed Jonathan Wilson under arrest for trespassing and assault.

Wilson was already trespassed from the store when he entered Sunday night. Witnesses say that he appeared intoxicated and was asked to leave the store but refused. Wilson was allegedly saying strange things and that he could ‘take on anyone.’ A store clerk said that Wilson touched her inappropriately.

Wilson was escorted from the store and booked into the Graham County jail for trespassing and assault.