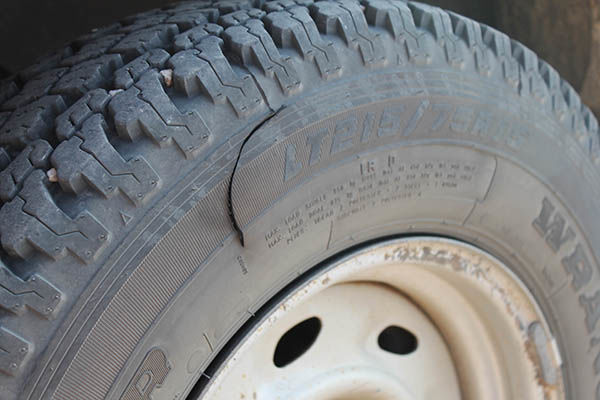 Safford police responded to a report of misconduct involving weapons Saturday night at approximately 8:00 pm. When the officer arrived at the address on 2nd Avenue in Safford, a man in a truck parked on the road flashed his lights. The man got out of his truck and told the officer that he had gone to his estranged wife’s home to pick up a coat and hat. When he arrived he was met by his step son who was apparently confrontational and tried to keep the man from entering the apartment.

The step son apparently insisted that the man leave, but the man apparently pushed past him and got his coat. The step son followed the man to his truck and allegedly slashed his driver’s side front and rear tires, then smashed the tail lights with the knife before leaving the area on foot. The man backed out of the driveway and onto the road where he waited for authorities.

The man’s estranged wife told authorities that she had been sleeping and woke up hearing her adult son yelling. She said that she tried to get her son to calm down, telling him that her estranged husband was just coming to pick up some things, but her son would not listen.

After they arrived at the jail, the man said, “you know he hit me, right?”

The officer told the man that he had previously asked him to tell his side of the story but he asked for a lawyer. The man nodded his head and remained silent.

The man apparently had multiple felony convictions for possession of narcotics, possession of dangerous drugs and possession of drug paraphernalia. He had an outstanding warrant from Arizona Game and Fish. The man was booked into the jail for Disorderly conduct with a weapon, misconduct involving weapons, criminal damage, and having a deadly weapon while being a prohibited possessor.