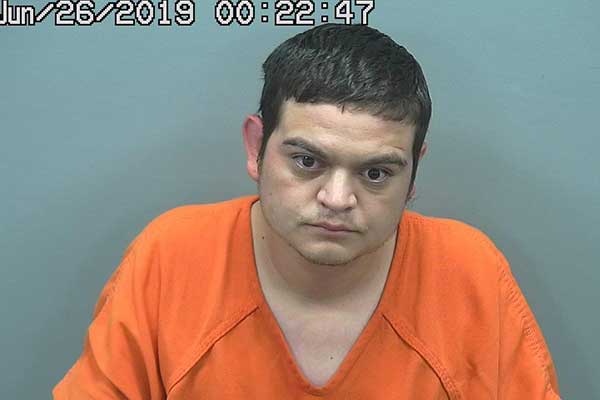 A Safford police officer was dispatched to Walmart on Tuesday June 26, 2019, in reference to a man who was allegedly trying to steal a laptop computer. The man, later identified as Ariel Macario, entered the store at approximately 10:00 AM and walked to the electronics department. Marcario allegedly used some sort of tool to pry the laptop from the display. He then put the laptop down the front of his pants and walked out of the general merchandise doors.

The asset control official told the officer that he had just finished preparing the video and paperwork for the theft and was about to call the police when he was notified that Macario had come back into the store again and was walking back to electronics. A Security officer followed Macario and watched as he again tried to pry a taptop off of the display. The security officer approached Macario and escorted him to the security office.

The two laptops were damaged as a result of the effort taken to pry them off the display. The price for the first laptop was $424.00 and the second was valued at a $762.61.

Macario was booked into the Graham County Jail for theft and criminal damage.