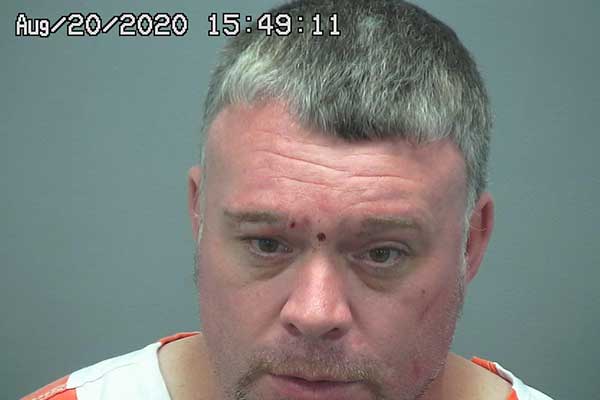 Safford police officers were dispatched to Mount Graham Regional Medical Center after a patient allegedly assaulted a doctor last Thursday. When police arrived, security guards and other ER personnel were surrounding a man who was face down on the floor with his hands cuffed in front of him.

According to the police report, authorities recognized the man as Brian Heesaker from prior contact. Heesaker told authorities that he had gone to the hospital for neck pain and was having bad memories. While being interviewed by authorities, Heesaker apparently began rambling about bizarre things that didn’t make any sense. When asked if he had touched any of the doctors, Heesaker said that the doctor pushed him so he pushed back.

Hospital personnel confirmed that Heesaker had come in complaining of neck pain. While being treated, Heesaker was asked about his medical history and when asked about a history with mental illness, he reportedly got angry. According to witnesses, Heesaker got up and started pushing and swinging at the doctor. The doctor said that Heesaker was standing on the doctor’s foot, which caused him to stumble and they both tumbled to the floor. Hospital personnel responded and were able to restrain Heesaker until authorities arrived.

Other witnesses said that while he was being treated, Heesaker made statements about wanting to blow up the hospital and kill everybody in it. Heesaker denied making threats of violence and claimed that he did not punch the doctor, only pushed him.

Heesaker was arrested for Aggravated Assault, Threatening and intimidating, Disorderly Conduct and Making a Terrorist Threat. He was booked into the Graham County Jail without incident.