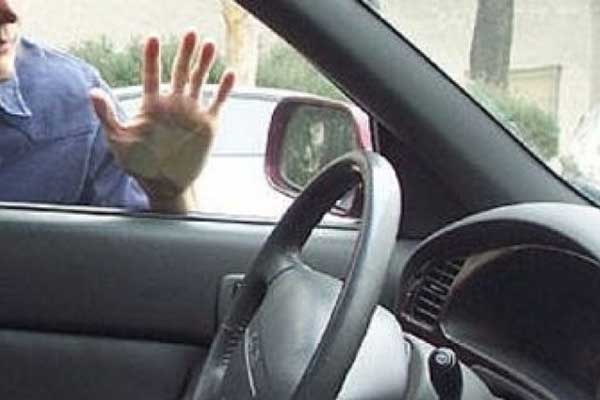 SAFFORD – Sunday afternoon, a worried father contacted Safford police when he had become locked out of his car in the Walmart parking lot, after he had just buckled in his nine month old child. The father had started the vehicle by remote and placed the keys on the front passenger side seat. He then went to buckle the child in the rear passenger side but when he closed the door, the vehicle auto locked and he was unable to get inside. When the officer arrived, the father stated he believed the air conditioning was on but that the vehicle shuts off after 10-15 minutes, so it would be shutting off soon. The officer noticed the child was not crying. The officer contacted an officer from the Thatcher Police department who was in route with a lock-out kit. When the Safford officer checked on the child’s situation, they saw that the child was starting to sweat and the windows of the car were warm to the touch. The officer could not see the dash lights of the instrument panel to show that the air conditioner was actually on. The officer told the father if the Thatcher officer was not close, he would have to break the window. The officer checked on the location of the Thatcher officer and to update them on the situation, and was told the Thatcher officer was close to the location.

The Thatcher officer soon arrived and used their lock-out kit to open the door. The mother of the child also arrived. The child was taken over to a grandparent’s truck whose air conditioning was going. A passerby offered some cold water they had in a cooler in their car. The child was given the water and quickly improved, even smiling. The officer stayed by for another ten minutes to ensure the child was okay.