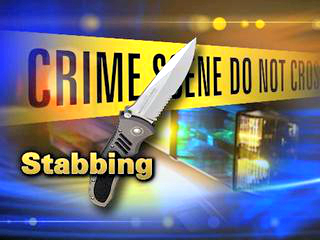 Local police are searching for a man who stabbed two people at the Graham County Fairgrounds near the Agriculture Building. The crime happened on March 27th, 2016, at approximately 12:17 a.m. The victims were a thirty-three year old male and a fifteen year old male. Both victims are in stable condition.

The Sheriff’s Department is now asking the public to come forward if they can give any information as to who the suspect may be. The suspect was male, and was seen leaving the crime scene with a female in a vehicle. The people at the scene of the crime were able to describe the suspect. However, the bystanders were unable to give the Sheriff’s Office the stabber’s name.

The Sheriff’s Office released this statement, “The investigation is on-going. At this time, Detectives continue to attempt to identify the suspect and any additional witnesses. If anyone was at the Fairgrounds in the evening of March 26 and have any information they are asked to call (928) 428-3141.”