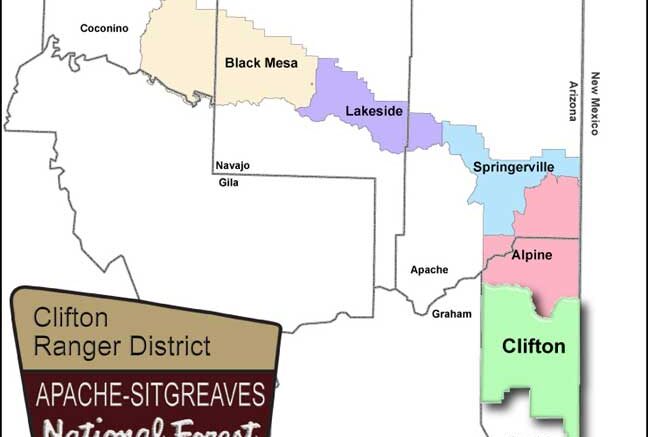 CLIFTON — National Forest Service announced it is keeping an eye on a pair of wildfires in the Clifton Ranger District of the Apache-Sitgreaves National Forest.

The Jump fire, in the Blue River Drainage, was ignited by a lightning strike on Aug. 20. It’s at about 200 acres and there is no containment yet on the fire.

The Alder fire, about 3.5 miles north of the Jump fire, was started by a lighting strike on Aug. 22. It’s grown to about 950 acres and, like the Jump fire, there is no containment yet.

No resources have yet been assigned to fight the fires.

While trails in the forest are not yet closed, officials said smoke could impact hikers, so precaution should be observed.