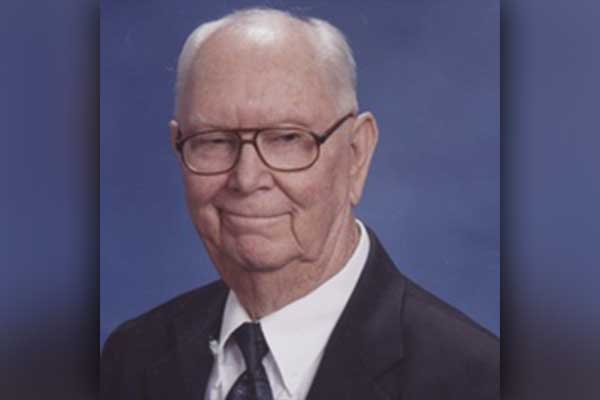 Lenn was born on September 19, 1924, in Taylor, Arizona, to the late Charles L. and Julia Myrtle Shumway. Due to the early death of his parents, he was raised by selfless brothers, a sister and their spouses.

Lenn graduated from Snowflake High School in 1942 and then served in the U.S. Navy during WWII. Following his honorable discharge from the navy, he served in the Southwest Indian Mission for The Church of Jesus Christ of Latter-day Saints. He received a master’s degree in music from Brigham Young University and began his music teaching career.

Lenn married the love of his life, Carmen Pratt, and they started a family. The majority of his teaching was in Snowflake, Arizona. He also taught in Thatcher, Arizona, and Western Samoa. He taught love of country as he lead the Jennings Band in patriotic music for 52 years. He taught love of God through service as a Patriarch for over 50 years, as well as serving missions, with Carmen, to Oregon and Nauvoo, Illinois. He taught love of music by composing and arranging music, even up to his final days.

Lenn was preceded in death by: three children; Linda Carmen, Charles Lenn and David Eldon; and all six of his brothers and 1 sister.

He will be remembered in a private graveside service, due to Covid-19, in the Taylor Cemetery.

His family is thankful for the love and support they have received from their community of friends during this difficult time. They continue to be grateful for the prayers offered up in their behalf.