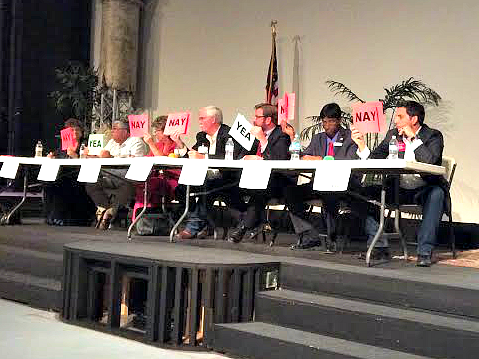 Finally, the candidates were faced with the inquiries of the people. Many of the questions posed to the candidates concerned dark money. For those who are not familiar with the term, dark money refers to the funds given to politicians without the public knowing about it. Many of the candidates said that they are running clean elections. This means that they only take money in five dollar increments per person. “I”m not running clean elections,” stated representative candidate Drew John, “I’ve worked hard all my life to get where I’m at, and I’ve worked hard to keep a reputation and they trust me.” He later went on to say that when someone receives money and favors for political advantages, it is a matter of the questionable character of the recipient. 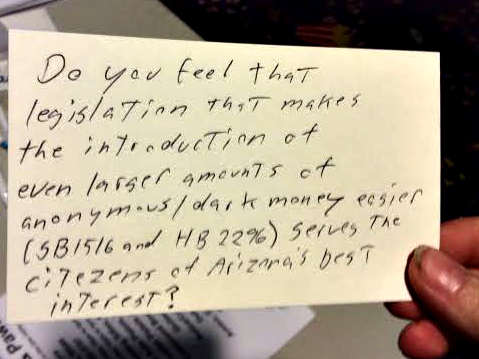 “I’m running clean elections,” stated candidate Drew Jones, “And I’m not going to any rocks at my opponents who aren’t. But I can tell you this, if you think that if a politician receives money, especially large amounts of money from corporations, and doesn’t pay attention to what those corporations wants them to do, you’re not paying attention. You’re just not.”
The candidates were passionate about their causes, and the people were happy to mingle with their candidate of choice. It was an informative afternoon for all who attended, and by the end of the evening, many people came away with a widened perspective.