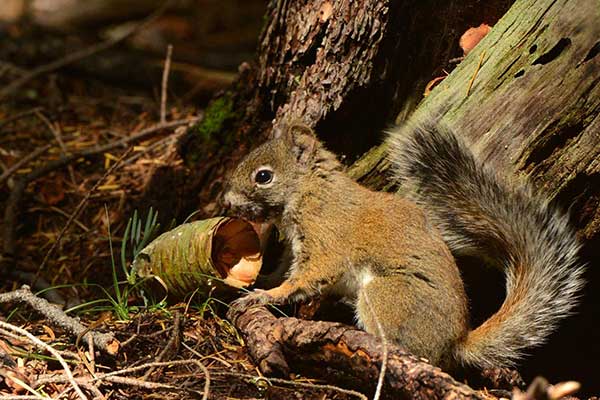 TUCSON, Ariz.— The Center for Biological Diversity and Maricopa Audubon has filed a notice of intent to sue and compel the U.S. Fish and Service to expand critical habitat for Arizona’s highly endangered Mount Graham red squirrel. Only about 75 of the squirrels remain on Earth.

The squirrels no longer live in the area designated as critical habitat because it has been destroyed by the construction of mountaintop telescopes, wild fires and fires set intentionally to protect the telescopes. Their habitat includes spruce-fir forests above 9,200 feet.

“With so few Mount Graham red squirrels left, we need to do everything we can to protect their habitat, particularly the only places they now live,” said Robin Silver, Center cofounder and board member. “After widespread loss of their homes to the telescopes and fire, the squirrels desperately need new habitat protection.”

The squirrels now live at lower elevations, which is where they need habitat protections. One challenge for the squirrel is that the best remaining habitat is currently occupied by a camp and recreational cabins that were supposed to have been removed as mitigation for the telescopes, but never were.

In response to a previous notice sent by the Center, the U.S. Forest Service, which issues the leases for the camp and cabins, is currently consulting with the Fish and Wildlife Service over how it can avoid jeopardizing the squirrel’s survival, which is a violation of the Endangered Species Act.