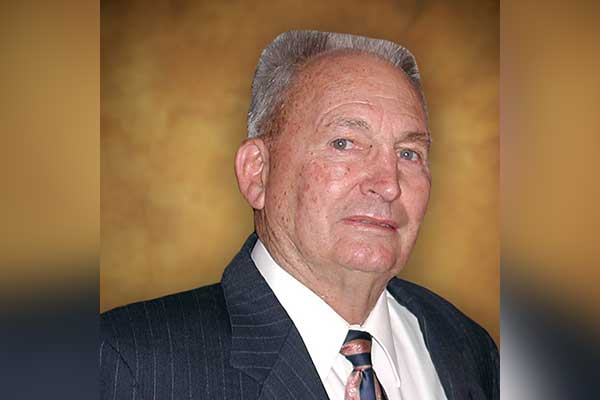 LaVell A. Welker, age 93 and a lifelong resident of the Gila Valley, passed into the eternities Monday morning, August 10, 2020, at his residence in Thatcher, from causes incident to age.

LaVell was born in the family home in Bryce, Arizona on October 2, 1926, the son of Alton and Bertha Pearl Bryce Welker. He grew up on the family farm attending grade school in Bryce and furthering his education at Thatcher High School. While at Thatcher Lavell excelled in the classroom and on the field. He was three sport athlete, participating in basketball, football and baseball, later graduating as valedictorian of his class. Following graduation, LaVell joined the United States Navy, helping to support the efforts of the country in World War II. He trained to be a pilot and as he was preparing to be sent overseas the war thankfully came to an end. LaVell returned home and began his studies at the University of Arizona. He would later earn and graduate with a degree in agriculture and engineering. In September of 1951, LaVell married Willa Jean Daley. They were sealed for time and all eternity in the Arizona Temple in Mesa. Together LaVell and Willa Jean began their family. They were blessed with four children, Paul in 1954, Rohn in 1956, Lisa in 1959 and Brian in 1963. As LaVell worked the farm, Willa Jean remained in the home tending to their children. LaVell was active in the community serving on various boards and committees including the Eastern Arizona College Governing Board and the Graham Canal Board. He was also an active member of the Church of Jesus Christ of Latter-day Saints serving and helping wherever he could. His service was that of a counselor to two Bishops, Stake Executive Secretary, Bishop, faithful Home Teacher and most recently as Greeter. In 1999, Willa Jean passed away. LaVell was widowed for several years, until he remarried to a high school friend, Glorene Hundley. They had many good years together and she was a sweet and faithful companion. She passed away in 2017. LaVell enjoyed watching and attending sporting events, especially the Phoenix Suns and the Arizona Diamondbacks. He was fortunate to be in attendance to the NBA Finals and the World Series for each. Lavell was always supportive and so proud of each of children and grandchildren and their accomplishments. His kind heart and warm smile will be missed by all those around him.

Private family funeral services will be conducted Friday afternoon, August 14, 2020, at 2:00 p.m., at Vining Funeral Home’s “Chapel of the Valley” by Bishop Tom Palmer of the Thatcher Seventh Ward. Concluding services will follow in the Thatcher Cemetery.

Funeral services will be tape-delayed broadcast later in the afternoon on Friday on the Vining Funeral Home Facebook page.