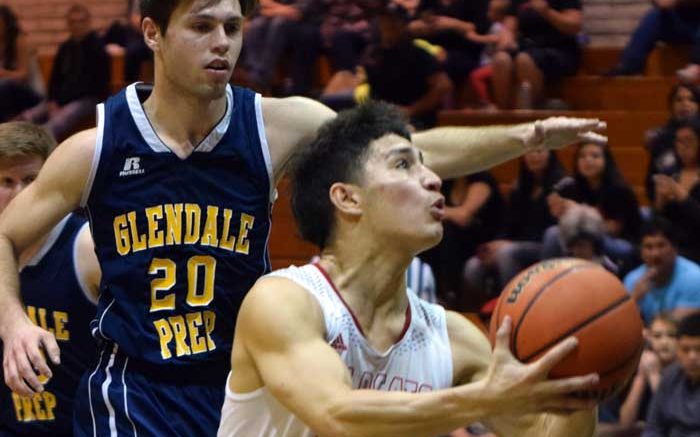 There is no joy in Mudville with a capital white ‘M’ as Morenci’s boys basketball team succumbed by two points, 48-50, during a play-in home game Feb. 11. An inside high-percentage shot by the Glendale Prep Griffins’ Luke Allen dropped through the net with eight seconds remaining. The Wildcats were scoreless in the final 1:48.

The Wildcats called a time out, set up a final play, and an errant court-length inbounds pass was tipped out of bounds. The final seconds wound down without the home team taking a shot. Morenci ended with a 16-11 overall record and was 6-3 in Wildcat Memorial Gymnasium.

On the previous night on the same court, the Morenci girls basketball team had its season ended in a play-in game, with a 51-52 loss to the Keams Canyon Hopi Bruins, after being unable to steal the ball during the closing 5.6 seconds of play.

Two other East Region members, Thatcher and Willcox were also involved in play-in games. Thatcher advanced to the 2A state tourney with a 55-39 home win over the Chandler Arizona College Prep Knights and Willcox was eliminated by an 81-68 loss at the Gilbert Leading Edge Spartans. 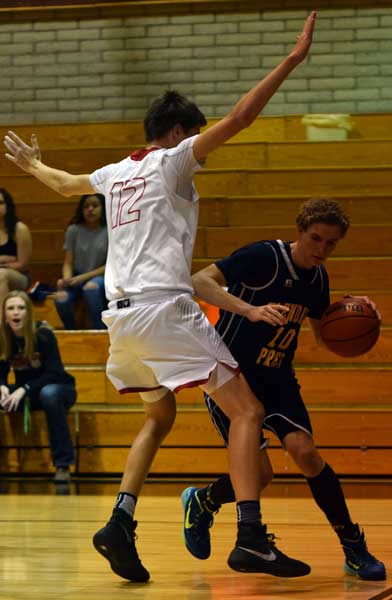 Photo By Raymundo Frasquillo: Glendale Preps’ Luke Allen changes his mind about penetrating to the basket early in the game. Allen found a closing seconds opening to score the winning basket. The Griffins won, 50-48, Feb. 11.

The visitors controlled the opening tip, but failed to score during their initial three possessions. Morenci’s Edward Castellano scored the first basket with 1:40 elapsed in the game. 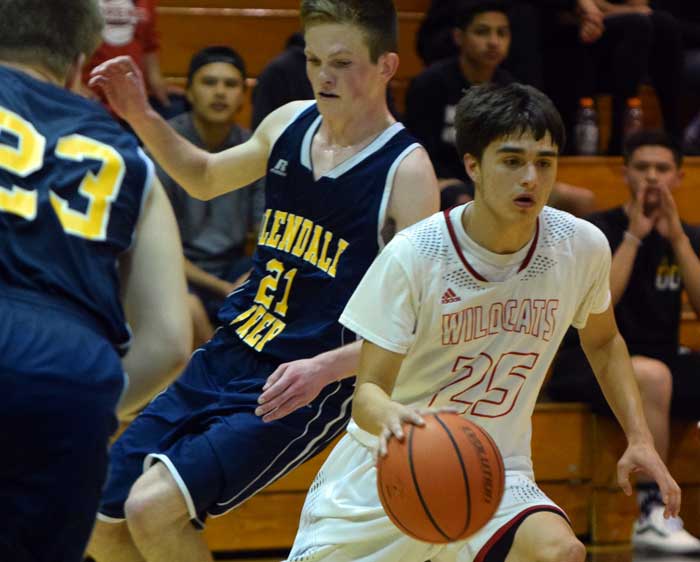 Photo By Raymundo Frasquillo: Morenci senior Richard Little gets out of a corner trap and looks to score. He had four points in his final high school game.

The Wildcats answered with a 6-4 effort during the remaining five minutes. A John Olmsted basket, another by Castellano for 2-8 shots plus a pair of free throws verses 2-9 Griffins’ baskets left Morenci trailing by one, 8-9, at the start of the second period.

Morenci reeled off 13 unanswered points during the first 3:17 of the second period, going 5-5 from the field to take a 12-point, 21-9 advantage, compared to 0-2 field goals plus 0-2 free throws for the Griffins. Andres Nofchissey added six points, Castellano four and Jordan Leonard three.

Glendale Prep inched back, making a 12-6 run to trail by six, 27-21, at halftime. Pearce Nolly contributed eight points and both Carson Von Aspen and Santelli two apiece for the Griffins, while Castellano, Nofchissey and John Olmsted had two more each for Morenci. 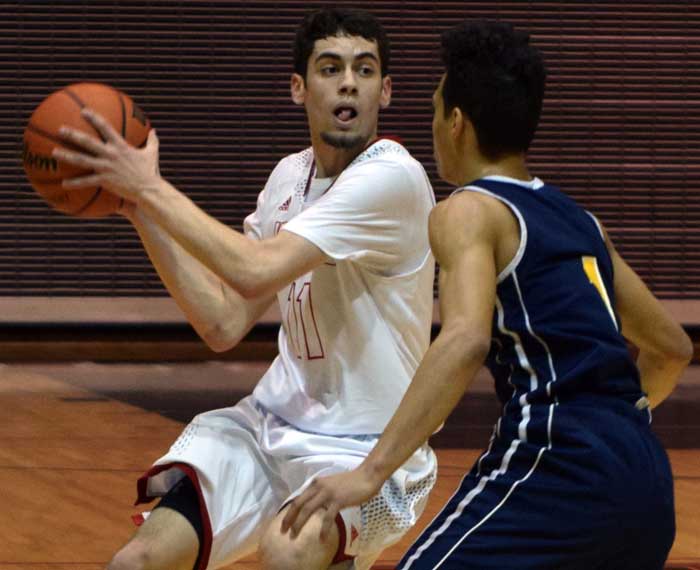 Morenci was limited to Richard Little’s four points, three from Jordan Leonard and two each from Chris Leonard and Nofchissey.

The Wildcats retook the lead midway through the fourth period as Little, Chris Leonard and Nofchissey connected on 3-8 Wildcats field goal attempts plus 0-3 free throws for six points compared to four points on 1-2 field goals plus 2-2 free throws by the Griffins. Nolly made the basket and Allen put in the free throws.

Two Nolly free throws tied the score at 48-48 with 1:48 left. The Griffins missed two more field goal attempts, both 3-pointers before Allen made the game-winner.