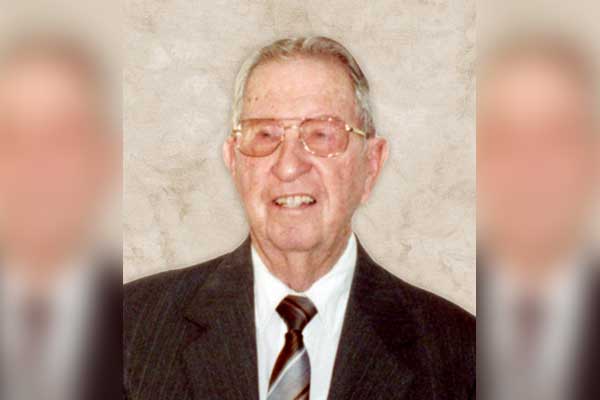 Lamell A. Pollock, our beloved father and Papa, passed away July 8th at home with family at the age of 93.  He was a lifetime resident of the Gila Valley, being born March 26, 1926 in Bryce and living there until the age of 11, then moving to Pima to live the rest of his life.  He attended schools in Bryce and Pima and enlisted in the Navy after graduating from Pima High School in May of 1944 and was sent to Hawaii.  After returning home, he married Rohlene Kieffer on Aug 23, 1946.

He worked for the Game and Fish Deptartment and then spent the next 17 years managing the Richfield Service Station and owning and operating the Shell Station in Pima.  After tiring of that busy life, he went to work for the Dodge-Nevada Canal Company as their water boss and did that for 25 years.  He enjoyed this job, working with the farmers up and down the valley where the canal fed their fields and he had more time to spend with his family and do a little farming of his own.

He and Rohlene had four children; Randy, Sandra, Beverly and Brad.  They enjoyed camping, fishing and skiing, and hunting together as a family.  A big trip was to go to California to Disneyland and to visit relatives.  Later in life, they traveled with their 5th wheel from Alaska to the Baja peninsula, seeing all the sites in between. They also made a wonderful trip to Hawaii.

Lamell served on the Pima school board, the first planning and zoning commission and was a volunteer firefighter for many years.  He faithfully served in several different callings in the Church of Jesus Christ of Latter-day Saints. His most memorable calling was being the ward membership clerk for 25 years where he served under 5 bishops.

Lamell was a good man, kind and friendly to all.  He loved to read good books, play guitar, listen and dance to country music, fish and hunt, go camping and eat good food.  But what he loved best was the Lord, his wife, his family and friends.  We will all miss him dearly but are happy he has moved on to be with his wife, two children, his parents, his five siblings and other family members who have passed on before him.

The family would like to express their thanks and appreciation to Eden Home Health Care and Hospice for their wonderful care and concern during his last months.