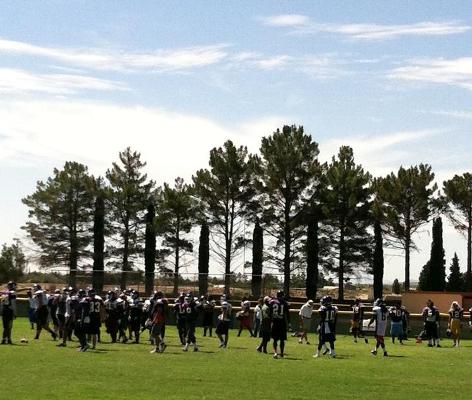 By Lee Patterson. Eastern Arizona College Prepares for a a game during the 2017 season.

Believe it or not there are only 66 days until kickoff of the 2018 High School Football season. For the 59th straight season, KATO 1230 AM, will be your home for live broadcasts of local high school games. Lee Patterson will begin his 19th season on the mic. You will be also to listen to the live broadcast of the games on GilaValleyCentral this season. Below is a list of the broadcast schedule through October 6th, 2018.  The rest of the schedule will be completed at a later date.