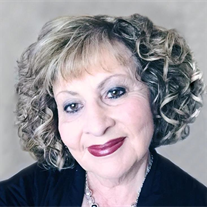 Kathy grew up in Bisbee and on June 29, 1963 she married Ramon A. Saldana. Kathy moved to Safford in 1976. She continued her education and received an Applied Science Business Degree from Eastern Arizona College. Kathy received numerous awards as the Director of “Arches Home Health Services” where she worked many years. She was devoted to her family and her world was her kids and granddaughters.

Surviving is: her daughter, Denise (Danny) Guerrero, of Casa Grande; her son, Raymond (Stephanie) Saldana, Jr., of Safford; and her grandchildren, Monique and Sophia Saldana. Kathy is also survived by: her brothers, Louie Marrujo, of Tucson, Charlie Marrujo, of Reno and Paul Marrujo, of San Deigo; and her mother, Margaret Marrujo, of Safford. Preceding her in death were: her husband, Ramon (Raymond) Saldana on September 1, 2008; and her father Paul Marrujo, in 1984.

Funeral services for Kathy will be conducted Saturday morning, March 5, 2016, at 11:30 a.m., at Vining Funeral Home’s “Chapel of the Valley” by Pastor Ron Gonzales of The Living Walls Fellowship Church in Safford. Concluding services will follow in the Safford Cemetery.

The family will receive friends Saturday morning from 10:30 a.m. until service time at 11:30 a.m., also at the funeral home.