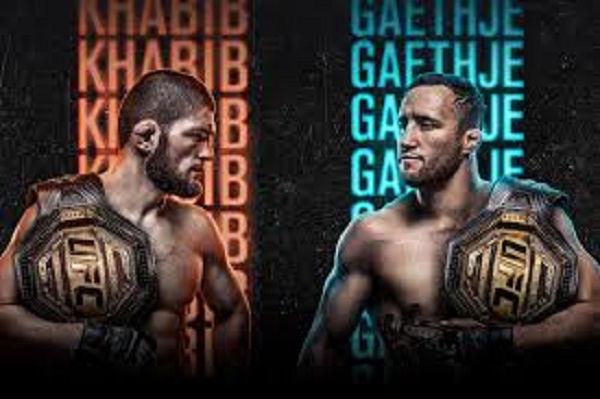 Gaethje vs Khabib at UFC 254 on Saturday

ABU DHABI — UFC President Dana White opened Wednesday’s press conference on Yaz Island saying, “Everybody know these two fighters, there is no need for them to scream and yell at each other.”

He was speaking of Safford’s Justin Gaethje and his opponent 28 – 0 lightweight champion Khabib Nurmagomedov. The two will headline UFC 254 on Saturday in Abu Dhabi.

Gaethje earned the title fight with a dominate 5 round win over Tony Ferguson in May. Khabib hasn’t fought since September of 2019 when he submitted Dustin Poirier.

Each fighter brings his own style to the Octagon on Saturday. 10 of Khabib’s 28 wins have come via submission. While Gaethje has won 20 of his 22 fights by TKO/KO.

To nobody’s surprise during the press conference both fighters reiterated their game plans. Gaethje wants to “stay off the cage” and Khabib wants to “get him to the mat.”

The main card starts at 2pm Eastern Time. Which means in Arizona you will have to be up and at ’em early for an 11am main card on ESPN+ Pay Per View.