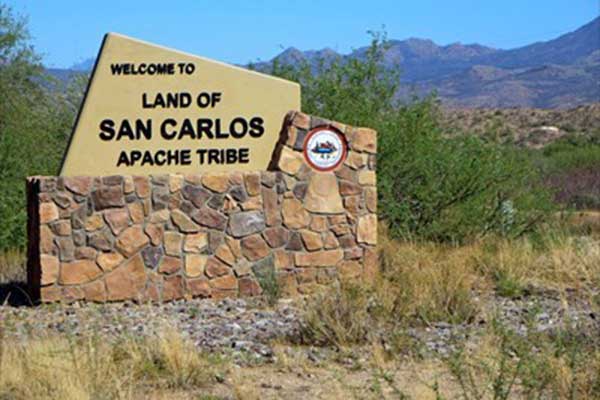 WASHINGTON, D.C. – WASHINGTON – The Department of Justice announced that it has awarded over $273.4 million in grants to improve public safety, serve victims of crime, combat violence against women and support youth programs in American Indian and Alaska Native communities.

“Violent crime and domestic abuse in American Indian and Alaska Native communities remain at unacceptably high levels, and they demand a response that is both clear and comprehensive,” said Attorney General William P. Barr. “We will continue to work closely with our tribal partners to guarantee they have the resources they need to curb violence and bring healing to the victims most profoundly affected by it.”

“These awards to eight Arizona tribes demonstrate our continued support and commitment to improving public safety in Indian Country,” said United States Attorney Michael Bailey. “These resources will help our tribal partners combat violent crimes and domestic abuse, and provide expanded services for the victims of these crimes.”

Nationwide, 236 grants were awarded to 149 American Indian tribes, Alaska Native villages and other tribal designees through the Coordinated Tribal Assistance Solicitation, a streamlined application for tribal-specific grant programs. Of the $118 million awarded via CTAS, just over $62.6 million comes from the Office of Justice Programs, about $33.1 million from the Office on Violence Against Women and more than $23.2 million from the Office of Community Oriented Policing Services. A portion of the funding will support tribal youth mentoring and intervention services, help native communities implement requirements of the Sex Offender Registration and Notification Act, and provide training and technical assistance to tribal communities. Another $5.5 million was funded by OJP’s Bureau of Justice Assistance to provide training and technical assistance to CTAS awardees.

The Department also announced awards and other programming totaling $167.2 million in a set-aside program to serve victims of crime. The awards are intended to help tribes develop, expand and improve services to victims by supporting programming and technical assistance. About $25.6 million of these awards were awarded under CTAS and are included in the $118 million detailed above.

The Department also provided $6.1 million to help tribes to comply with federal law on sex offender registration and notification, $1.7 million in separate funding to assist tribal youth and nearly $500,000 to support tribal research on missing and murdered indigenous women and children and other public safety-related topics.

The award is part of the Justice Department’s ongoing initiative to increase engagement, coordination and action on public safety in American Indian and Alaska Native communities.