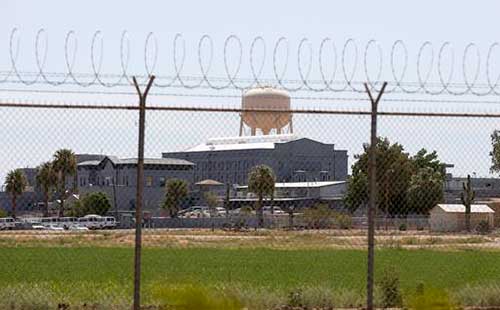 PHOENIX (AP) — A judge presiding over a lawsuit that protests how Arizona carries out the death penalty extracted promises in court from the state Wednesday that it won’t use the sedative midazolam in future executions.

Lawyers for the state are seeking to dismiss the lawsuit’s claim that midazolam can’t ensure that condemned inmates won’t feel the pain caused by another drug in a three-drug execution protocol. The state said it won’t use the sedative in the future even if it finds a new supply.

U.S. District Judge Neil Wake said the state’s decision to voluntarily end its midazolam use in executions could be changed in the future by a state prisons director or a governor.

Arizona announced nearly four months ago that it was eliminating its use of midazolam after its supply expired and another supplier couldn’t be found because of pressure from opponents of the death penalty. Attorneys for the state say the lawsuit’s midazolam claim is moot because the drug won’t be used in the future executions.

Wake scheduled the hearing after learning that Ohio now has a supply of midazolam and plans to resume executions there in January.

Collin Wedel, an attorney representing the condemned inmates who filed the lawsuit, said the state’s claim that it can’t find the sedative doesn’t hold water because Ohio, Mississippi, Alabama and Arkansas have already said they have a midazolam supply.

Jeffrey Sparks, an attorney representing the state, said the state wasn’t arguing that there is no midazolam available anywhere, but rather that Arizona’s prison system simply can’t acquire it.

Wake hasn’t yet decided whether to dismiss the lawsuit’s midazolam claim.

Executions in Arizona will remain on hold until the lawsuit is resolved. They were put on hold after the July 2014 death of convicted killer Joseph Rudolph Wood, who was given 15 dozes of midazolam and a painkiller and who took nearly two hours to die. His attorney said the execution was botched.

Several of the lawsuit’s claims have been dismissed, but lawyers for the condemned inmates want to press forward with allegations that the state has abused its discretion in the methods and amounts of the drugs used in past executions.

Similar challenges to the death penalty are playing out in other parts of the country that seek more transparency about where states get their execution drugs.

States are struggling to obtain execution drugs because European pharmaceutical companies began blocking the use of their products for lethal injections.

Follow Jacques Billeaud at twitter.com/jacquesbilleaud. His work can be found at http://bigstory.ap.org/content/jacques-billeaud.