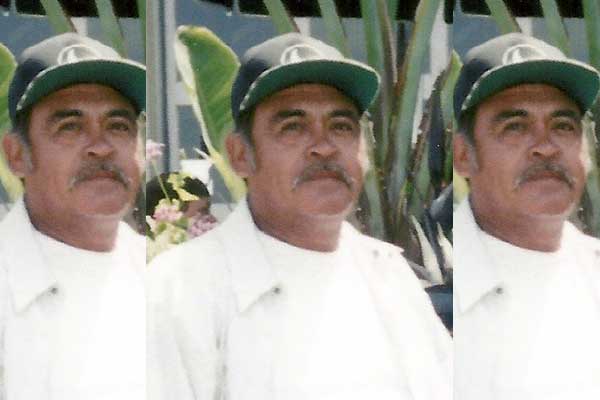 José Regino Diaz, Sr., 71. of Safford, passed away August 19, 2018.  He was born in Caseta Distrito Bravo, in Chihuahua Mexico near the border of Fabens, Texas on September 7, 1946 to Santiago Diaz & Rosa De La Cruz Diaz joining his siblings; Ana Maria Diaz, Felipe Diaz, Pablo Diaz, José Francisco, José Gregorio & Jesus Diaz.  Later the family moved to Juarez, Mexico where he attended school through the 6th grade.  At the age of 10, he started making figurines out of clay to sell.  While still attending school, he helped men carry dirt and sand in wheelbarrows at construction sites.

In 1965, he married Maria Garcia and they were blessed with 5 children; Maria Luz Diaz, Ana Maria Diaz, José Regino Diaz, Esther Diaz & Elizabeth Diaz.  From 1966 through 1968, he served in the Militia Military receiving many recognition’s and advancing to a teaching position.  After leaving the military, he immigrated to the United States and became a US citizen.  He worked first as a bricklayer helper, then worked as a skilled mason, building many houses, schools, prisons and stores including Walmart and many more.  He truly was a hard worker.

Eventually, José lost his eyesight and was no longer able to work.  He was a very religions man who loved to attend the Pentecostal services in Spanish.  He also liked to listen to Spanish Christian music.  He was a quiet but happy man who got along with everyone and was always there to help anyone in need.

A viewing will be held on Saturday, September 1, 2018 at the McDougal’s Caldwell Funeral Chapel from 8:00 a.m. until 10:00 a.m. followed by the funeral service starting at 10:00 a.m. with interment in the Thatcher Cemetery following services