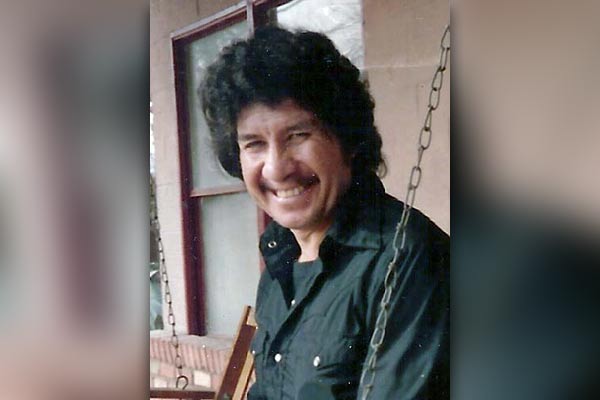 John Arrellin of Safford passed away battling cancer on February 6, 2020, at the age of 70.  He was born on May 24, 1949, in Thatcher, Arizona to parents Jose R. Arrellin & Genoveva Maldonado, with siblings Irene, Ricardo, Josefina, Orlando, Benjamin, Ramigio, Raynaldo, Rosana, & Daniel.

John grew up in Solomon, attending grade school and then went on to from Safford High School.  He began working as a welder and became a master welder. He did a lot of metalwork in town: flag poles fences and gates at the local cemeteries.  On January 6, 2003, he married Elaine Jones in Safford. Their mixed family included; John, Lisa, Vincent, Christopher, Gabriela, Andrew, and Gina.

He loved to go hunting and fishing and really enjoyed bowling.  He had a wonderful sense of humor, was outgoing and friendly, was loyal to those around him, and was known as an honorable man who deeply loved his family. When he gave his word it was like gold, he kept it and honored it.  He was also a very hard worker and was a good provider. John was a good friend to anyone

John is survived by his loving wife Elaine Arrellin, his children John, Lisa, Christopher, Gabriela, Andrew, and Gina.  He is also survived by his siblings; Josefina (Gary), Ramigio (Cheryl), Rosana, and Daniel, 6 Grandchildren, 8 Great-Grandchildren and his pets Toby, Beau, Scooby, and Sugar.

He is preceded in death by his parents Jose Arrellin and Genoveva Maldonado, his brothers; Ricardo, Orlando, Benjamin, and Raynaldo, his sister Irene, his son Vincent and his Grandson Jacob.

Services will be held at the McDougal’s Caldwell Funeral Chapel starting with a viewing on Friday night, February 14th from 4:00 until 6:00 p.m. and again on Saturday afternoon, February 15th at 2:00 p.m. with the funeral services beginning at 3:00 p.m. Interment will be in the Safford Cemetery following services.