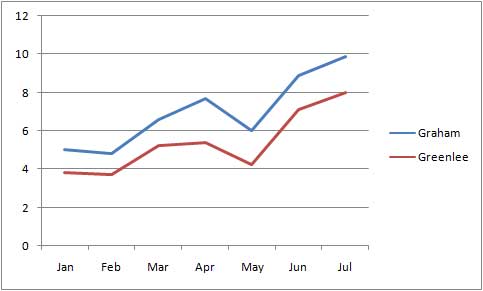 PHOENIX — Unemployment claims in both Graham and Greenlee counties climbed for the second month in a row.

According to data released Thursday by the Arizona Commerce Authority, Greenlee County had an unemployment rate of 8 percent in July.

It was a nine-tenths of a point increase from June’s unemployment rate of 7.1 percent; however, Greenlee remains the county with the lowest unemployment rate in the state, just ahead of La Paz County at 8.9 percent.

Graham County is at 9.9 percent unemployment in July, up one full point from June’s 8.9 percent.

Five economic sectors reported job gains in July — trade, transportation and utilities (up 700); education and health services (up 500); professional and business services (up 200); natural resources and mining (up 100) and information (up 100).

Reporting job losses in July were leisure and hospitality (down 16,200 jobs); construction (down 1,200 jobs); financial activities (down 900) and manufacturing (down 700).