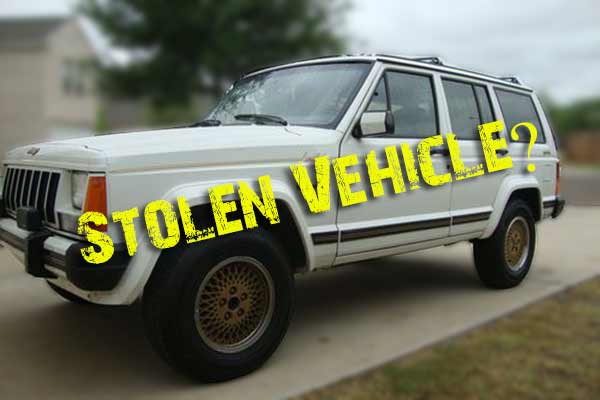 A Safford police officer was dispatched to a residence on 9th Street, at around 3:47 a.m. on Thursday morning, February 28th, to investigate a Jeep Cherokee that had allegedly been stolen.

The owner of the Jeep was apparently doing some work at the house with a friend. His 1989 White Jeep Cherokee was parked in front of the house. He heard the vehicle start up, looked out the window and saw a male driver in his vehicle who drove away with the headlights off.

The owner advised that the Jeep was unlocked and you don’t need a key to start it. The value of the Jeep Cherokee is approximately $2000.00.

Safford officers searched the neighborhood but could not find the Jeep.

Later in the afternoon the owner of the Jeep contacted police by telephone and said that some friends had told him that his vehicle was on Stockton Road just past the duck ponds. He refused to furnish more details.

Police responded to the location and found the stolen vehicle unoccupied in the 5300 block of Stockton Road. Authorities contacted the owner who asked them to leave it there and he would retrieve it later. He also requested that the Jeep be removed from the stolen vehicle database.