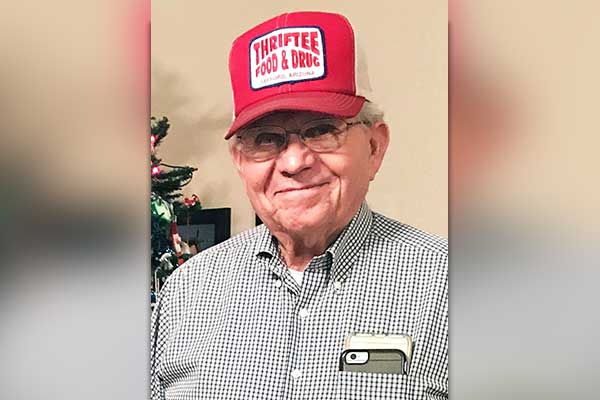 John “Jake” Clark Schroder, Jr passed away at his home in Artesia, AZ as the sun rose on Monday, July 13, 2020, surrounded by his loved ones. He was nearly 87.

Jake was born July 27, 1933, in Longview, Texas to John & Catherine Schroder, he spent much of his boyhood hunting and fishing in the rivers, lakes and pine forests of East Texas. After graduating from Pine Tree High School in 1951, he served in the US Army for two years as a visual aid shop production manager on the island of Okinawa, Japan.

Returning home after an honorable discharge, Jake attended Kilgore College where he met the love of his life, Peggy Jo “JoJo” Wayt. In a 1957 letter to her just a few weeks before they married, he wrote: “I sure wish time would go on by. I’m ready to get on with the serious stuff. I love you with all my heart, soul, body, and money (27 cents).” Jake and JoJo’s marriage spanned almost 63 years, taking them from coast to coast and ultimately yielding two daughters and a son, 9 grand children and 23 great grandchildren.

Other “serious stuff” would go on to include: A degree in Mechanical Engineering from Texas A&M University in 1960. Jake’s work in the aerospace industry included NASA’s Project Gemini which helped US astronauts walk in space and ultimately on the Moon. Raising and training champion Brittany hunting dogs, including two national field trialing champions in 1991 and 1999 and the Iams Dog of the Year in 1991. The 1978 purchase of Thriftee SuperMarket and running it as a family-owned and operated business for the next forty-two years in the heart of downtown Safford, AZ. Being selected, along with JoJo, as the 1995 Independent Grocers Association International Retailer of the Year. Jake strove for integrity in everything he did.

Jake was preceded in death by his parents John Sr. and Catherine.

Private services will be held by the family.