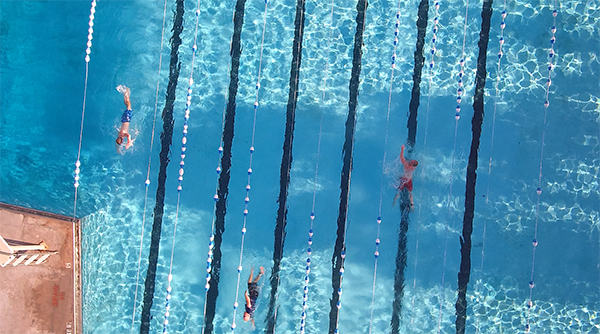 PIMA – Need a shot of self-esteem? Then get off the couch and sign up for the ninth annual Tri Community Tri.

The event is Saturday, Aug. 26 and will be held in Pima, starting at the Pima Pool.

Online registration is open until Aug. 23, so hurry and go to tricommunitytri.com to register. For those who can’t make it prior, in-person registrations will be allowed during race packet pickup Thursday and Friday from 6-7:30 p.m. at the Pima Fire Department and the day of the race. You’ll have to get up pretty early to register race day, however, because groups start at 7 a.m. sharp with the plunge into the Pima Pool. 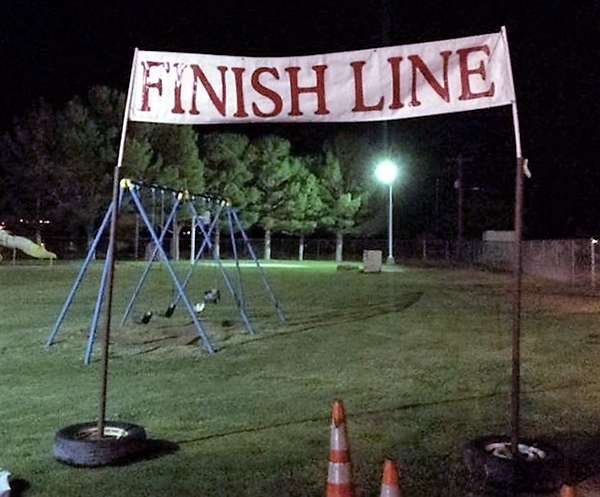 Contributed Photo
Don’t be the last to sign up for this year’s Tri Community Tri.

After swimming for 625 yards, racers will climb aboard their bicycles and pedal through Pima for a 15.74-mile bike ride along Cottonwood Wash Road and then up to the Central Cemetery before heading back to the Pima Pool area. Racers will then finish the event off with a 5K run around the town.

The event also has relay teams available, for those who just want to partake in a single stage or two, and a Mini for the youth. The Mini features a 225-yard swim, followed by a 4.84 bike route and finishes with a  1.36-mile run. All racers for the Sprint and Mini must wear a bike helmet while riding their bicycles. The race routes are the same as last year and links to maps can be found at tricommunitytri.com. The race, as always, will be timed and scored by CEP Timing.

True to its name, the event used to incorporate all three communities of Pima, Thatcher, and Safford but was reduced to only being held in Pima in 2014 after an insurance snafu. The entire event was then canceled in 2015 when race organizer Chérla Ramsey found herself too busy to get everything together in time. Triathlon enthusiasts Brian and Angela Paull took over the reigns for the event last year after Ramsey moved to the Phoenix area, and held a race with 72 registered participants. This year, more than 100 racers have already registered. 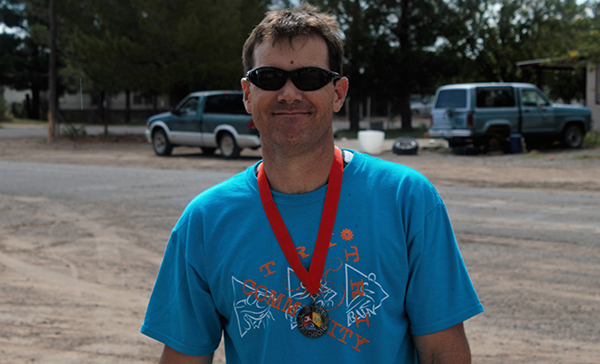 Jason Moulton, of Queen Creek, took home bragging rights last year with a  time of 1:20:21, with Amanda Goodman as the top female finisher in 1:31:29.

“We’ve done a lot more organizing,” Angela Paull said. “(We) learned a lot more stuff and are super excited to see how the changes go.”

Team JS took home top honors in the team category with a time of 1:25:17, while Kali Nelson was first overall for the youth in the Mini at 34:29 and Ramsey’s son, Rayden Ramsey, was the top male in the Mini at 38:57. This year more than 30 entries have already been registered for the Mini, so competition should be more intense.

“I think it’s a good way to get our community together,” Angela Paull said. “It goes to a good cause and promotes fitness in the community.” 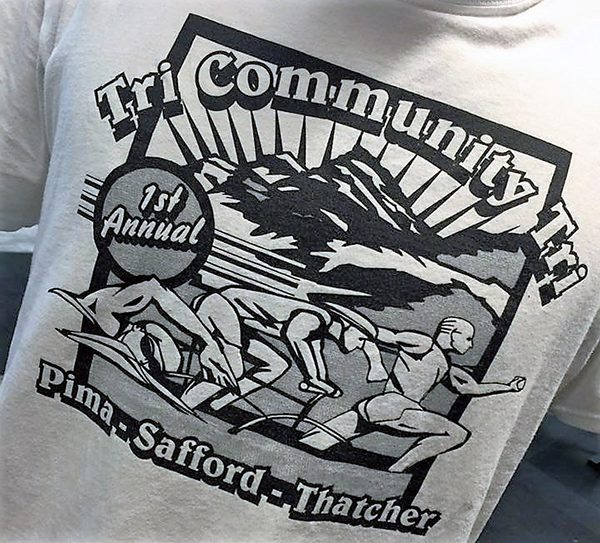 Contributed Photo:
The Tri Community Tri has been a staple event in the Gila Valley for roughly a decade.

Proceeds from the triathlon are donated to some type of fitness-related program each year. In 2014, the Tri donated $2,500 to the Pima School District to go toward purchasing exercise machines for its community fitness center, and last year the event donated funds to the Pima Swim Team for a permanent P.A. system, which will be installed for next swim season. This year, proceeds have been earmarked to the Pima Swim Team for real lane lines and a reel.

To view race routes or to register visit tricommunitytri.com. The organizers would like to thank this year’s sponsors, including Freeport McMoran, LifeNet, Roadrunner Rehab, Copper Hills Dental and Eastern Arizona College.